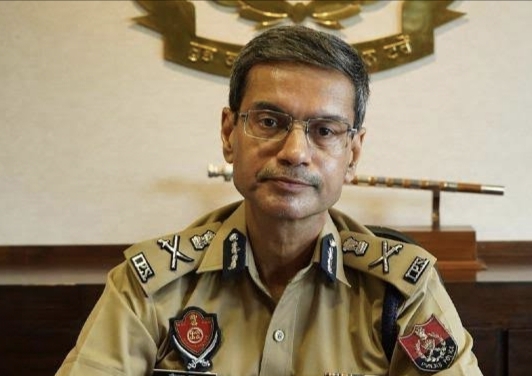 Giving details, Director General of Police (DGP) Punjab Gaurav Yadav said that the accused, Yuvraj Singh alias Jora had checked in at hotel Alps at Dhakoli, Zirakpur giving a fake identity as Ramjan Malik. He said that acting on a tip off, AGTF team led by AIG Sandeep Goel and DSP Bikram Brar cordoned off the hotel Alps and confirmed the presence of accused Jora in the hotel Room No 105 from the manager of the hotel. Consequent upon this confirmation, AGTF team offered the accused to surrender, but Jora fired on the AGTF team, he said.

After a brief exchange of fire, the AGTF team has managed to overpower the accused after an encounter. Although, Jora sustained gunshot injuries during the encounter and has been undergoing treatment at hospital.

The DGP further said that two .32 calibre pistols were recovered from the possession of the accused.

Gaurav Yadav reiterated that Punjab Police was committed to keep Punjab safe and secure as per the vision of Chief Minister Bhagwant Mann.

Notably, Punjab Chief Minister Bhagwant Mann had visited the house of the martyr at his native village and handed over a cheques worth Rs.2 crore to the distressed family as a mark of respect for his supreme sacrifice for the country. He also announced to construct a stadium and name a road after martyr constable Kuldeep Singh Bajwa.