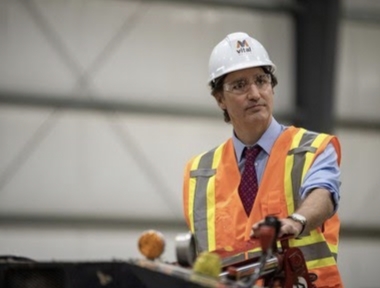 Ottawa: Saskatchewan Premier Scott Moe said that Prime Minister Justin Trudeau’s office had apologised to him for not informing him about PM’s visit to the province this week.

Trudeau was in Saskatoon on Monday where he visited the processing plant of the earth’s unique elements with city mayor Charlie Clark. But Premier Moe was not even on Trudeau’s invite list.

Moe complained on Twitter and described the move as “very disappointing”.

Later speaking to reporters in Regina, Moe said he wanted to talk to Trudeau about investments in the earth’s unique elements in Saskatchewan and strategies to prevent the leakage of greenhouse gases for processing plants.

The premier said Trudeau’s office had apologised for not informing him of the prime minister’s visit.

When asked about Moe’s tweet on Monday, Trudeau said there would be opportunities to make several announcements with the premier in the coming years.