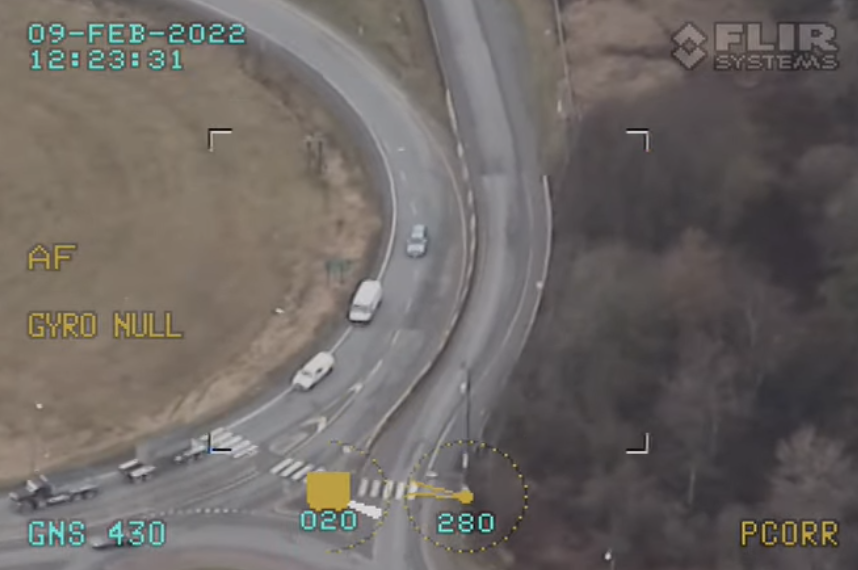 On February 9th, 2022, at 11:36 am, the RCMP Air 1 Police Helicopter alerted the Abbotsford Police Department that they were following a vehicle into Abbotsford with mismatched licence plates.

AbbyPD officers located the vehicle and attempted a traffic stop of the blue Chevrolet Equinox, later confirmed as a stolen vehicle. The driver fled the traffic stop at a high rate of speed, resulting in the ground units breaking off.

Air 1 followed the suspect vehicle from Abbotsford into Langley. During this time, the suspect driver was observed driving into oncoming traffic to pass vehicles, drove on the shoulder of the roadway, disregarded red lights and stop signs, and was driving at high speeds putting other motorists at risk.  An hour later, at 12:36 hours, the suspect vehicle collided with a police vehicle in the area of 82nd Ave & 200th Street in Langley.  Neither the officer nor the suspect was injured.

The suspect drove a few more blocks until abandoning the stolen vehicle and fleeing on foot.  With the assistance of the Lower Mainland Integrated Police Dog Service (IPDS) and the Langley RCMP, the driver was taken into custody without incident.

Thirty-nine-year-old James Gordon of Surrey has been charged with Flight from Police, Dangerous Operation of a Motor Vehicle, Possession of Stolen Property over $5000, Breach of Probation, and Prohibited Driving.