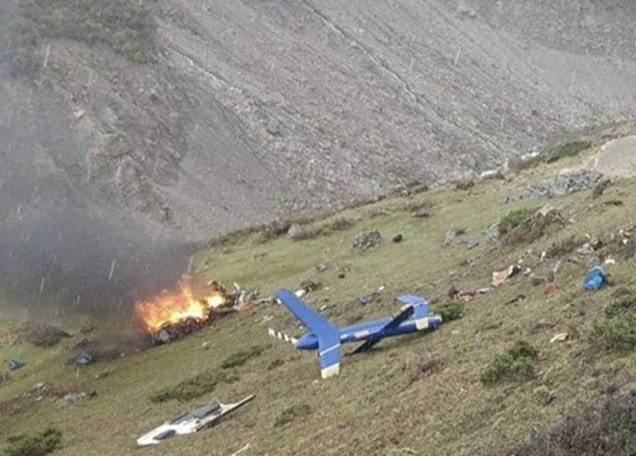 New Delhi: A private helicopter carrying pilgrims to Kedarnath has crashed in Uttarakhand’s Garudchatti on Tuesday. A pilot and six passengers were killed in the crash.

It is being told that the helicopter belonged to Aryan Company. There were 07 people on board. The helicopter crashed into a hill when visibility was reduced due to fog.

A magisterial inquiry has been ordered into the incident. State Director General of Police (DGP) Ashok Kumar said the pilot was among those killed in the crash that took place around 12.45 pm.

The victims were returning after visiting the Kedarnath shrine in Rudraprayag district when their helicopter caught fire on the way two kilometres ahead of Kedarnath, he said.

As soon as the accident was reported, teams of the State Disaster Response Force as well as police and district administration also reached the spot for rescue work.

Chief Minister Pushkar Singh Dhami has expressed grief over the accident and ordered a detailed inquiry into the incident. Uttarakhand Civil Aviation Development Authority Chief Executive Officer and Secretary C Ravishankar said a magisterial inquiry has been ordered into the accident.