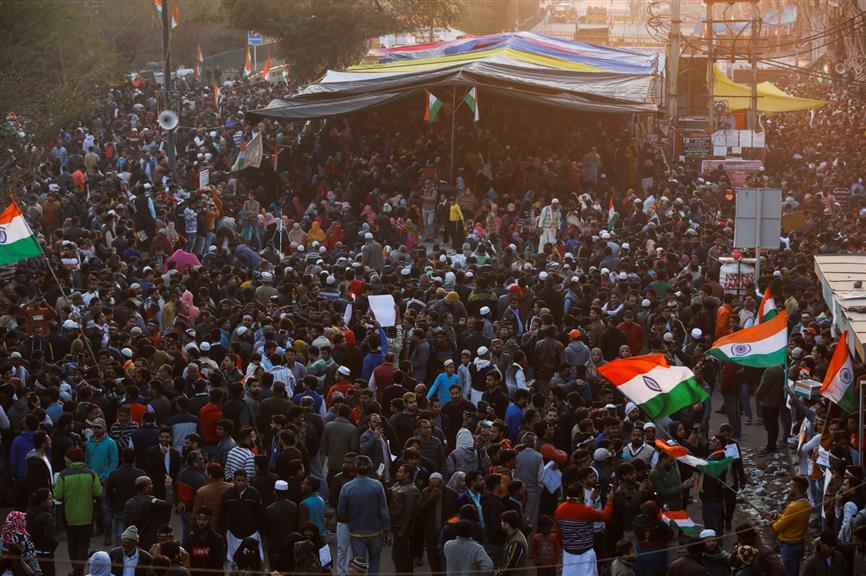 No person or group can block public places or roads while exercising their right to protest or express dissent and authorities should remove such blockades, the Supreme Court ruled on Wednesday.

Protest should be at designated places, a Bench headed by Justice SK Kaul said in its verdict on petitions that had been filed against Shaheen Bagh protesters against CAA blocking a main road connecting Delhi and Noida.

The protesters were removed in March after the COVID-19 lockdown was enforced but the court had chosen to keep the matter pending to clarify the legal position on the issue.

“Right to peaceful protest is a constitutional right and it has to be respected. But that does not mean agitating people can adopt modes of protest that were used against colonial rulers during freedom struggle,” the Bench said.

The top court noted that today social media can be used to create a highly polarised situation, which was seen at Shaheen Bagh protests.

Administration must keep such spaces free from obstructions and they should not wait to fire from court’s shoulder, it said.

Maintaining that people can’t claim an absolute right to protest, the Supreme Court had on September 21 reserved its order on petitions seeking certain guidelines to strike a balance between the right to protest and right to free movement and mobility.

The Bench which was seized of PILs filed by Amit Sahni, Shashank Deo Sushi and others against anti-CAA protesters blocking roads in Shaheen Bagh in Delhi — had said it would pass an order on the larger issue even as the protesters were removed by Delhi Police following imposition of COVID-19 lockdown.

The petitioners had urged the top court that “in the larger public interest, a decision may be taken.”

They also protested against the police action against students at Jamia Millia Islamia who allegedly indulged in violence during initial protests against the law and opposed National Register of Citizens (NRC) and National Population Register (NPR).

But the protesters were forcibly removed by Delhi Police on March 24 after COVID19 lockdown was announced.

Notified on January 10, the CAA relaxes norms for grant of Indian citizenship by naturalization to Hindu, Sikh, Christian, Buddhist and Jain and Parsi victims of religious persecution from Pakistan, Afghanistan and Bangladesh who came to India before December 31, 2014. The top court had on January 22 refused to stay the operation of CAA and NPR.