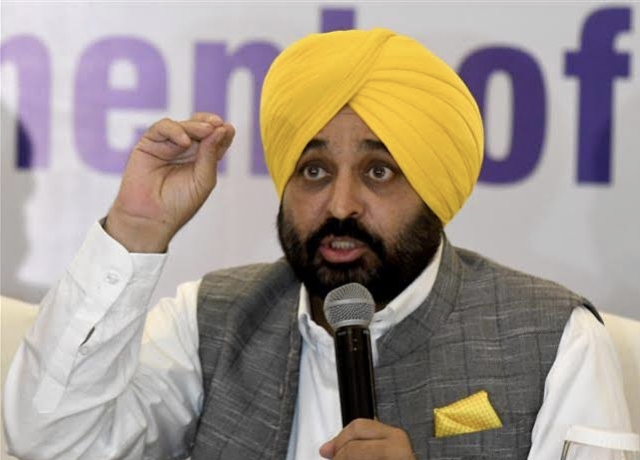 Chandigarh: Punjab PCS officers have been on strike ever since the arrest made by the Vigilance of Ludhiana Regional Transport Authority (RTA). But now Chief Minister Bhagwant Mann has issued a warning to all the officers and given an ultimatum to join duty by 2 pm.

CM Bhagwant Mann has issued an order this morning. It has come to their notice that some officers are not joining duty and are on strike. They are upset with the strict action taken against the government official in the charge of corruption. The CM wants to make it clear to them that the government is adopting a ‘zero tolerance’ policy in terms of corruption.

CM Bhagwant Mann has termed this strike as illegal in his order. He has clearly written in the order that any officer who does not join his duty by 2 pm on January 11, 2023, should be suspended. The absence of those who do not join duty by 2 pm will be considered irresponsible. 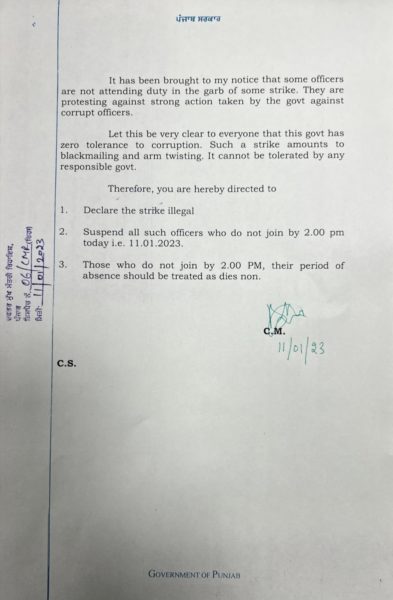 What is the case

Narinder Singh Dhaliwal, posted as RTA, was arrested by vigilance in Ludhiana, Punjab. RTA used to collect monthly collection from transporters in lieu of not deducting invoices through private people. Vigilance had caught RTA with the amount collected for the month of December.

Punjab’s PCS cadre has been angry ever since his arrest. They allege that the government cannot take action against any officer on the basis of any such complaint. After which all PCS officers announced the strike.