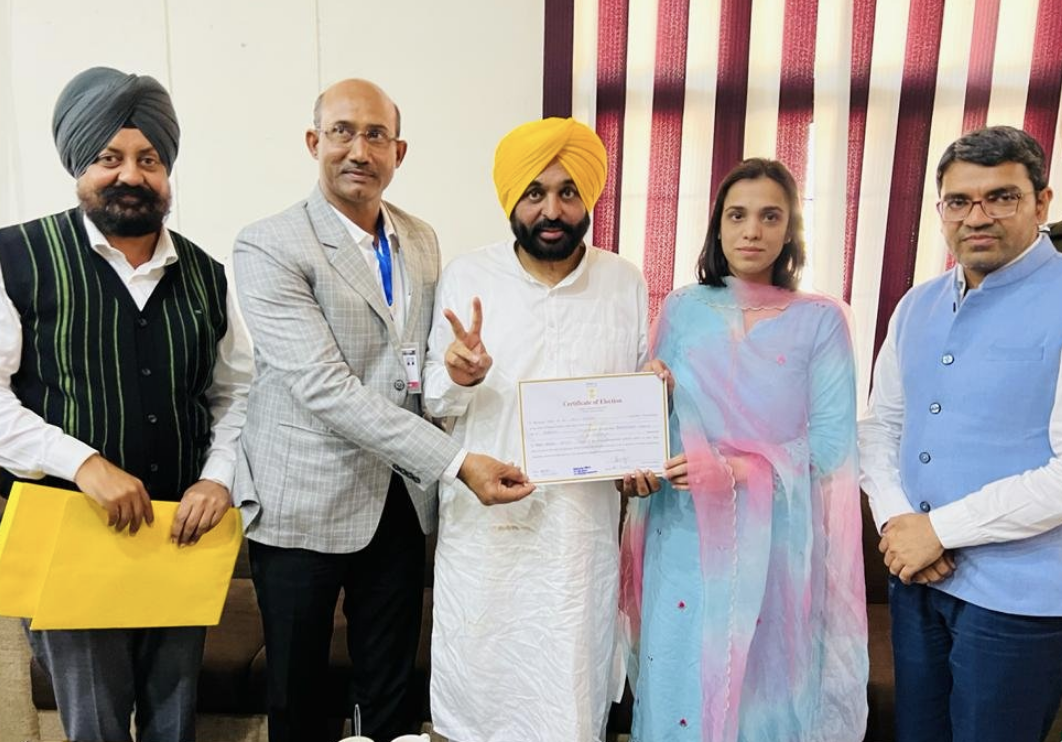 Arvind Kejriwal’s Aam Aadmi Party is heading for a landslide win in Punjab with leads in 92 seats in the 117-seat assembly, while the ruling Congress is trailing with 13 seats.

Mann wins the election with a margin of 58,206 votes. pic.twitter.com/JDrY7BGlnd

I would like to congratulate AAP for their victory in the Punjab elections. I assure all possible support from the Centre for Punjab’s welfare. @AamAadmiParty