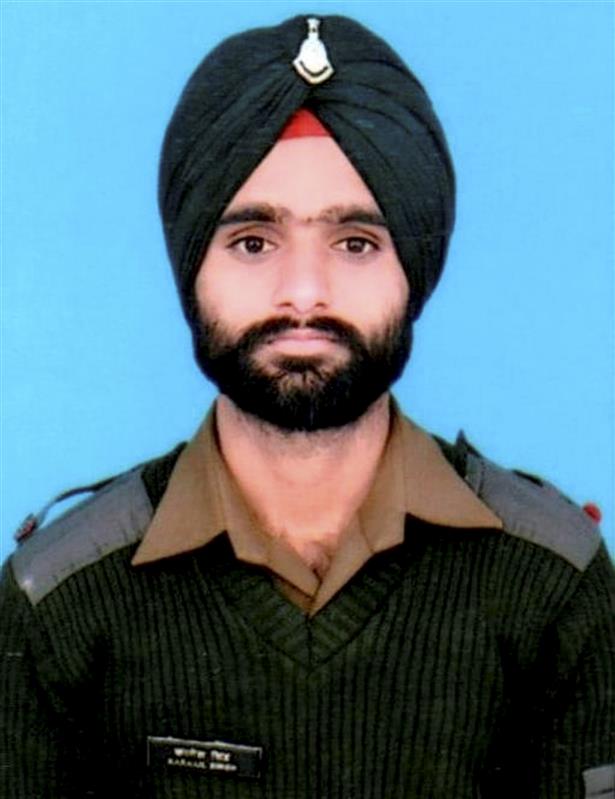 Chandigarh, October 1: Punjab Chief Minister Captain Amarinder Singh on Thursday announced ex-gratia compensation of Rs 50 lakh, along with government job to a family member, of Lance Naik Karnail Singh of 10 JAK RIF, who laid down his life on the line of control during cross border firing in Rajouri Sector (Jammu & Kashmir).

Paying homage to the martyr and extending his sympathy to the bereaved family, the Chief Minister said that Lance Naik Karnail Singh laid down his life fighting fearlessly for the country and the grateful nation would not forget his supreme sacrifice which would act as an inspiration for the generations to come.

Martyr Lance Naik Karnail Singh belonged to village Loha Khera (Sangrur) and is survived by his parents, wife and a one year old son.