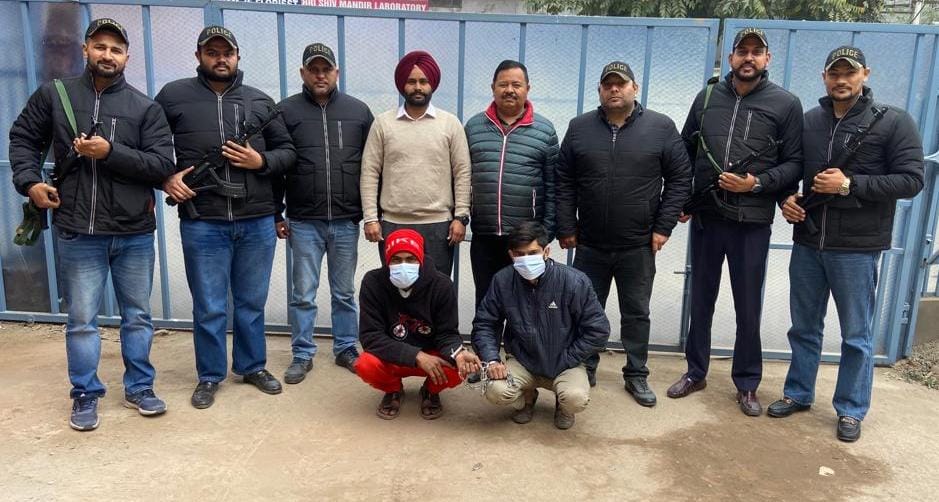 The accused identified as Suraj (20), a resident of Maloya colony in Chandigarh, was arrested from Verka Chowk here, when he along with his aide identified as Mandeep Singh (32) of village Mangewal in Sri Anandpur Sahib, was going to collect extortion money on a motorcycle. The Police have also recovered two mobile phones and a Black Colour CT 100 motorcycle (without registration number plate) from their possession.

The complainant, who is an owner of a Pharmaceutical company located in SAS Nagar, lodged a complaint with police that he has received phone calls from a man claiming to be infamous gangster on December 30, 2022. The caller demanded ₹30 lakh as extortion money and threatened to kill him in case the complainant failed to give the protection money on time.

DGP Gaurav Yadav said that following the complaint, the State Special Operation Cell of SAS Nagar immediately started investigations into this case and arrested the accused caller Suraj, who was using the WhatsApp number of his aide Mandeep Singh to make extortion calls to the target. While accused Suraj works as an AC mechanic, his aide Mandeep is a taxi driver, he said.

The DGP once again cautioned people to be wary of fake extortion calls and urged them to immediately inform the police whenever they receive a such call. Recent investigations in such extortion cases by Punjab Police have revealed that a very large number of such extortion calls in the name of known gangsters were made by unknown criminals, who don’t have any association with these gangs or gangsters.

Divulging more details about the modus operandi, AIG SSOC SAS Nagar Ashwani Kapur said that preliminary investigations have revealed that the accused Suraj, when going to repair ACs at homes, shops or companies, would identify affluent people as possible targets and would note down their details to give them the impression that their activities are being watched, which enable him to make the victim a soft target to extort money. “We have sent both the mobile phones for forensic examination to find out if accused persons have made extortion calls to any other person,” he said.

Meanwhile, a case FIR no 1 has been registered under sections 384 and 120B of the Indian Penal Code (IPC) at Police Station SSOC SAS Nagar.