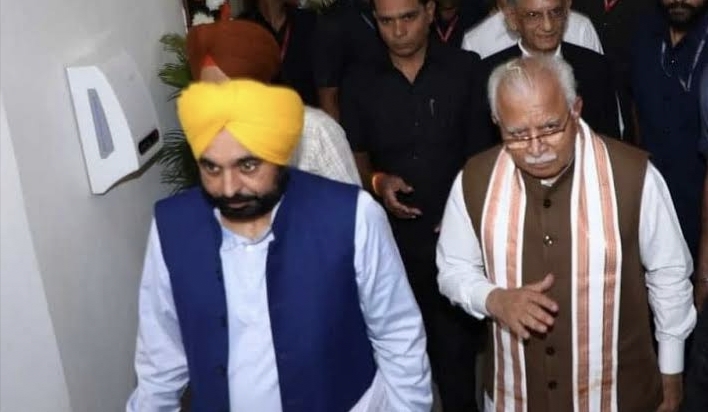 This mediation meeting between the two CMs was held in the presence of Union Jal Shakti Minister Gajendra Singh Shekhawat on the directions of the Supreme Court.

In this, CM Bhagwant Mann strongly defended Punjab and reiterated that the state does not have additional water, but Union Minister Gajendra Singh Shekhawat could not reach a consensus between the two CMs.

CM Mann said that Haryana cannot be given water from Sutlej because it don’t have any water left.

Stating that Punjab does not have surplus water, Mann said that the ground water level of the state is continuously going down.

The SYL Agreement was signed in 1981

The SYL agreement between Punjab and Haryana was signed 42 years ago in 1981, but the dispute between the two states increased due to lack of work according to it in time. On the SYL issue, both the states have to file a reply in the court on January 19 due to this, mediation meeting was called today.

Earlier, a meeting was held between CM Punjab Bhagwant Mann and CM Haryana Manohar Lal Khattar at Haryana CM’s residence in October, but here too Mann had denied the construction of the canal citing lack of water surplus in Punjab.