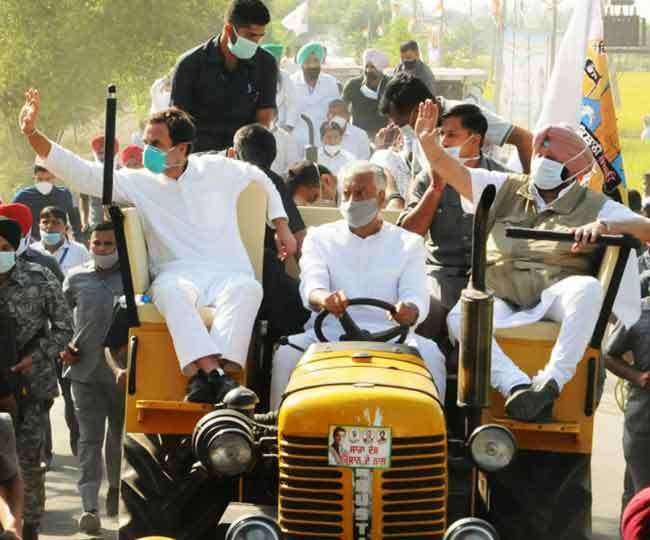 Taking a dig at the Bharatiya Janata Party (BJP) for criticising his tractor ride on a `gaddi’ (cushion) put there by someone else’, Rahul Gandhi on Tuesday quipped that the Prime Minister’s new Air India One plane, bought for more than Rs 8000 crore of the taxpayers’ money, had not just a cushion but a whole lot of luxury beds for his comfort.

“Why don’t you question them about this?”, Rahul asked the media in response to a question about sitting on a `gaddi’ on a tractor during his Punjab `Kheti Bachao Yatra.’

Rahul slammed Prime Minister Narendra Modi for wasting thousands of crores of rupees on the plane just because “his friend Donald Trump (US President) has one.”

It was strange, he said, that nobody is seeing or questioning the VVIP Boeing 777 purchased for this whopping amount, but everyone being quick to point to the `gaddi’ which some well-wisher had put on a tractor for him, said the Congress leader.