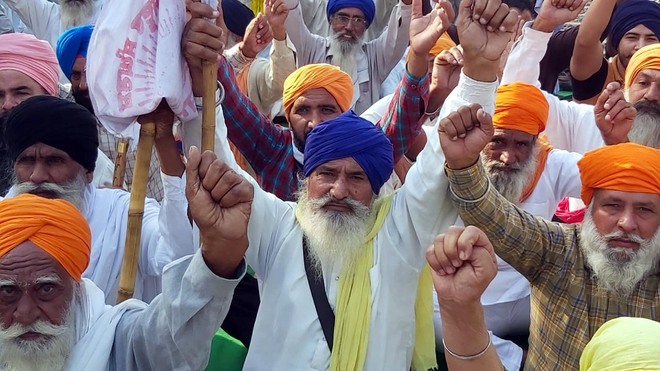 Two days after it decided to restore the movement of goods trains in the state as the agitating farmers partially withdrew their ‘rail roko’ agitation, the Railways today backtracked and cancelled the freight movement till October 29, citing the continuation of blockade at many places, especially around Amritsar, Nabha, Talwandi Sabo and Moga.

“The Ferozepur and Ambala divisions resumed operations last Thursday. Till Sunday, both divisions operated 173 goods train. However, at some places, empty rakes of goods trains as well as loaded trains were stopped by protesting farmers. As a result, the goods trains have been once again suspended due to operational and safety considerations,” said Rajesh Aggarwal, Divisional Railways Manager (DRM), Ferozepur Division. He stressed operations of goods trains were not possible in a ‘restricted’ manner because several factors like availability of rakes, staff and power were interlinked so as to ensure smooth running of goods trains.

“We cannot compromise on the safety and security of our men and material,” said the DRM, adding that their operations were suffering due to the uncertainty prevailing due to the blockade of tracks.

Sources said the Ministry of Railways had sought assurance from the state government on the safety and security of its rakes and train operating staff before it decided to resume the freight services.

“We have to micro-manage the rail operations and even a small stumbling block somewhere can inflict a body blow to the entire movement,” the Ferozepur Division DRM said.

While the Railways has cited operational constraints in suspension of goods trains’ movement in the state, those reading between the lines have termed the move as a “snub” by the Central Government both to the agitating farmers and ruling Congress government in the state.