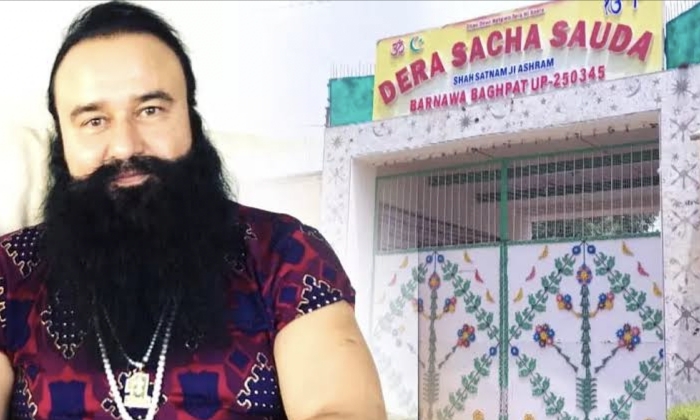 Chandigarh: Dera Sacha Sauda chief Ram Rahim singh has come out of jail again after he got 40-day parole. On Saturday, he came out of Sunaria jail in Rohtak, after which he left for Barnawa Ashram in Baghpat, Uttar Pradesh under tight security. He is accompanied by his daughter Honeypreet.

He said that under the influence of Dera, Ram Rahim is being given parole repeatedly. He also influenced investigation and trial against him. The judiciary has sentenced him in 4 cases, he is a habitual offender.

On the other hand, as soon as Ram Rahim came out of jail, Honeypreet also uploaded the status on her Instagram and uploaded her pictures with Ram Rahim.

Ram Rahim has been granted a 40-day parole yesterday. This is the second time in 54 days that he has come out of jail. It is being speculated that he will come to Sirsa Dera on January 25. In Sirsa, Dera lovers expressed happiness over the parole and distributed sweets.