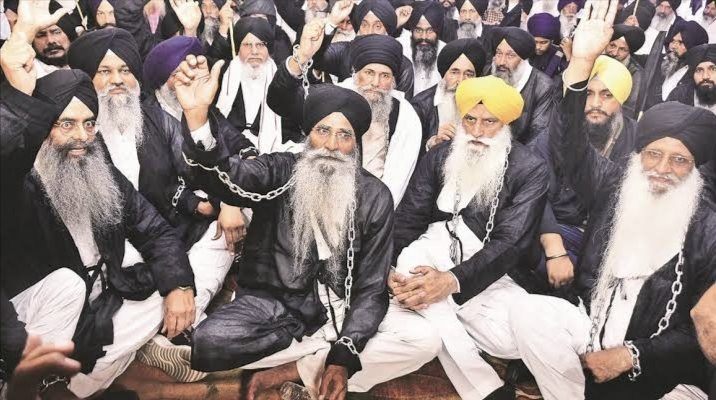 “If murderers and rapists can be released then what is the difficulty in releasing Sikh prisoners, who are fighting for national rights and interests,” he said.

The SGPC president said the double standards of the governments was creating an atmosphere of mistrust among the Sikhs.

He said that if Ram Rahim, who is an accused of murder and rape, can come out fourth times in a year, then why is the voice raised by the Sikh community for a long time for the release of Sikh prisoners are not being heard by the governments.

Advocate Dhami said that people of every nation and religion reside in the country of India, but the apathy of government is that voice of minority community is gagged. There is a separate policy towards minorities in violation of the Constitution. The minority Sikhs are constantly being ignored under the hateful attitude of the government.

He said that even after over three decades of sentences of Sikh prisoners have not even been granted parole.

He categorically told Prime Minister Narendra Modi, not to adopt a discriminatory attitude towards minorities and ensure that people of all faiths have rights within the framework of the Constitution.

If this attitude continues, then the feeling of alienation among the Sikhs who liberated the country will be stronger, which is not good for the country, he warned.

He said that even in the case of Sikh prisoners, the governments should adopt a sympathetic policy and take a decision on their release keeping in mind their characters in the jails.