RCMP seized drugs and weapon at a Condo residence in Langley

Langley RCMP Strike Force with the assistance of the Drug Section executed a search warrant at a condominium residence in Langley City on June 23rd.

The condo, in the 20100 block of 54A Avenue in Langley City, was occupied by two males and five females. All the occupants were known to police.

The warrant related to weapons which were located in the residence. This included a sawed off shotgun (dismantled), a Ruger .22 rifle, a Walther pellet gun, a GSG-15 semi-automatic .22 rifle and a Smith & Wesson pellet pistol. Stolen property, body armour, a homemade stun gun, brass knuckles and drugs were also found. A recovered stolen mountain bike has already been returned to its’ rightful owner. 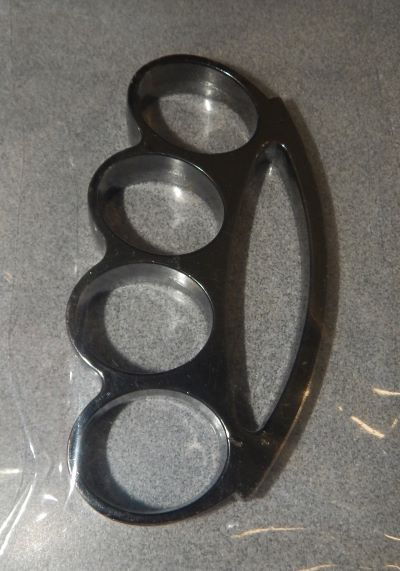 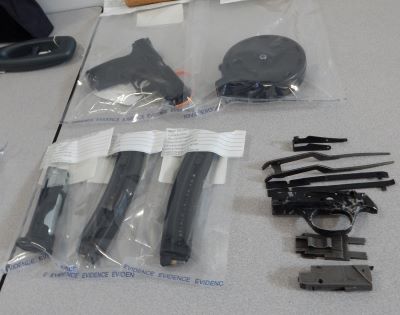 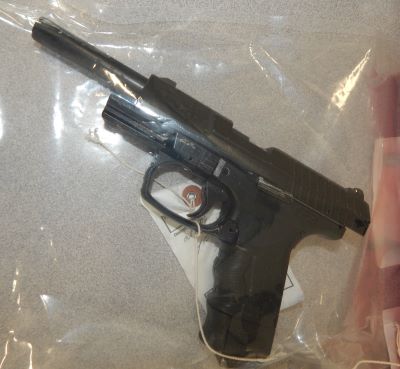 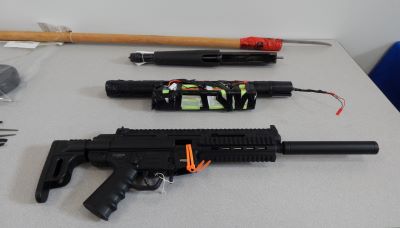 The drugs seized are believed to be fentanyl and methamphetamine worth over $10,000.

The occupants were detained for the duration of the search and the investigation is ongoing.