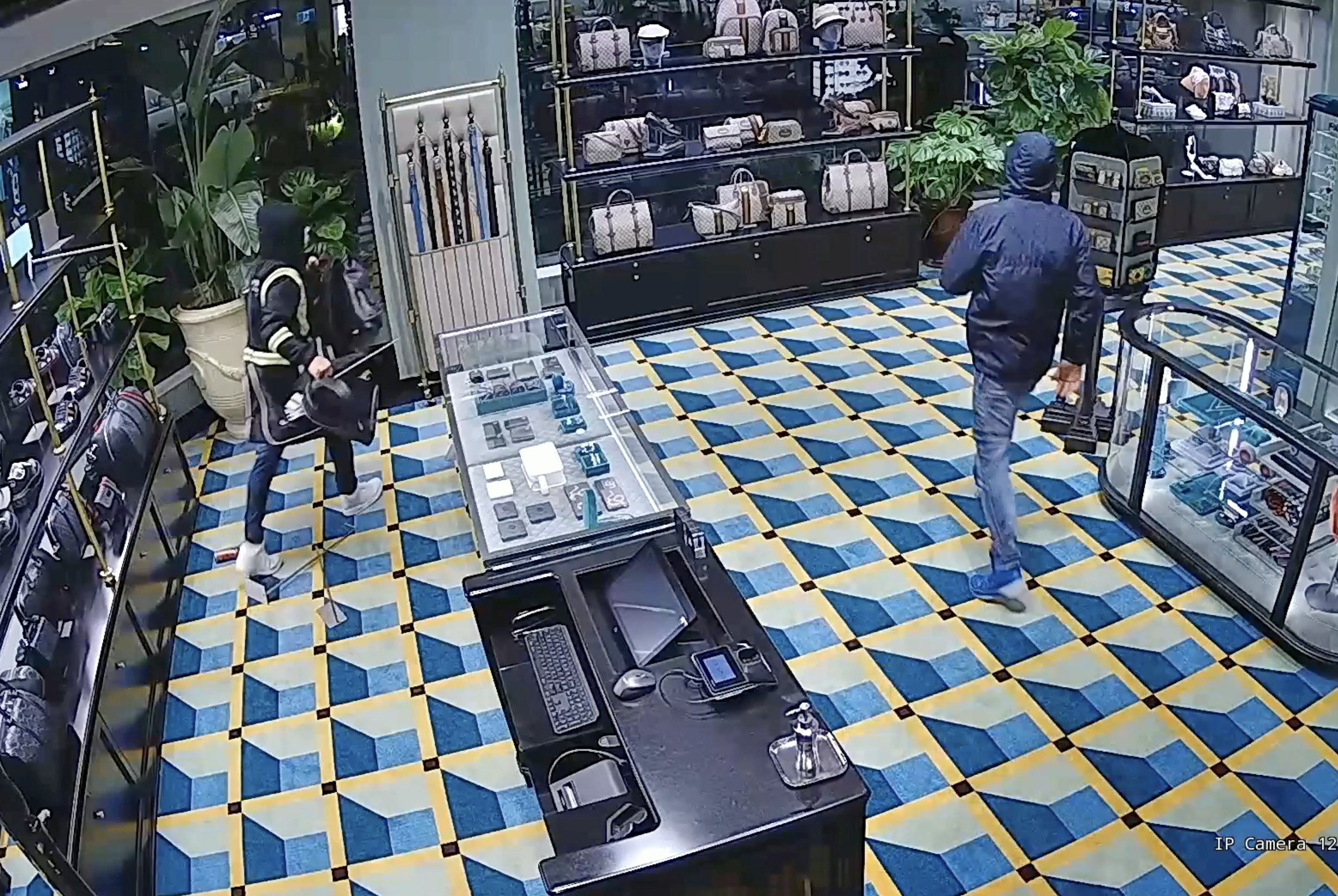 Vancouver Police have released security video of a take-over-style robbery at a downtown retailer last fall, and ask anyone who knows the violent suspects to call police.

“The public has been instrumental in helping us solve a number of disturbing attacks in recent months, and we’re once again asking for help to identify and apprehend some violent criminals,” says Constable Tania Visintin. “We need anyone who recognizes these men to call us right away and tell us what they know.”

VPD began investigating on December 9, 2021, after two masked men entered the Gucci store near Thurlow and Alberni streets and committed the violent robbery shortly after 7 p.m. The suspects deployed bear spray in the face of a staff member before ransacking the high-end retailer and stealing approximately $20,000 in merchandise in just seconds.

The 33-year-old security guard was completely incapacitated by the attack, and fled out an emergency exit to hide in a stairwell with three other employees until the robbers left. They were treated by paramedics after the robbery.

“Though the suspects wore masks during the robbery, they removed their disguises after fleeing the store and their faces were caught on a nearby security camera,” adds Constable Visintin. “Although we obtained this video early in the investigation, for investigative reasons we’ve been unable to release it until now. But, we know someone out there will know who these men are.”