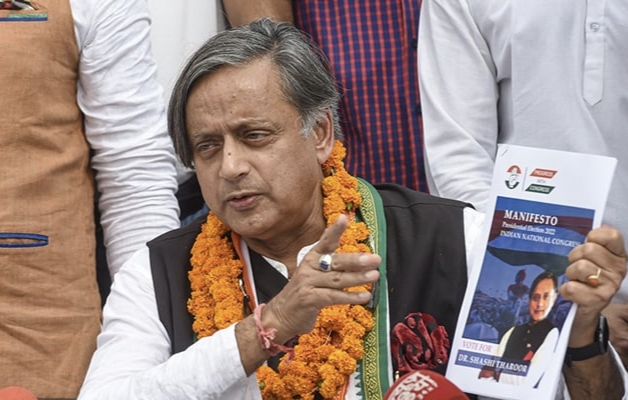 New Delhi: Shashi Tharoor has tendered an “unconditional apology” for the “big lapse of map” in the manifesto for the post of Congress President.

He wrote in tweet, “Re the troll storm on a manifesto map: No one does such things on purpose. A small team of volunteers made a mistake. We rectified it immediately &I apologise unconditionally for the for the error.”

The tagline of Tharoor’s manifesto is “Think tomorrow, Think Tharoor”. In this, he used a map with a network of dots representing Congress units in the country. This map was different from the official map of India. Congress Rajya Sabha member Mallikarjun Kharge’s Tharoor is the main opponent in the election of Congress president.

Kharge is considered to be the leader in this race due to the clear support of the Gandhi family.

Reacting to the “omission” of Tharoor’s manifesto, party leader Jairam Ramesh had said that only Dr Tharoor and his team can explain the grave error. This is the second time in three years that the former Union minister has been embroiled in the “Map in a Booklet” controversy.

Earlier, in December 2019, he had shared a booklet during the Kerala Congress’ protest over the Citizenship Amendment Act (CAA) which had a similar ‘mistake’. However, he deleted the tweet after being targeted by BJP’s IT cell and leaders like Sambit Patra.