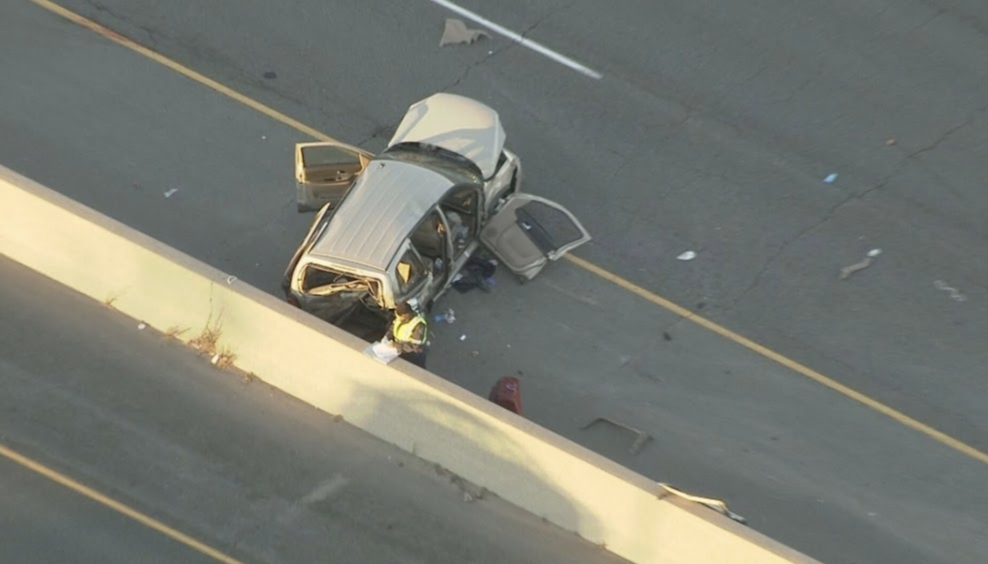 Woman dead, three injured: Police looking for man who walked away from crash in Vaughan

Ontario: The Ontario Provincial Police (OPP) said that it is looking for a man who reportedly fled away from the spot of a crash that left a woman dead and three others injured in Vaughan early Friday morning.

The accident is said to be a case of hit and run and the incident took place on Highway 400.

Police said the red Volkswagen Jeta was on its way to the highway at high speed and collided with a minivan carrying four people. Three of the occupants of the van were badly injured and a female occupant was pronounced dead . The injured were taken to a hospital for treatment.

The driver of the jeta was seen fleeing from the spot. The police are appealing to the driver to come forward.

The lanes south of Langstaff from Rutherford have been closed and police are investigating the case.

The police are investigating the matter and it is yet not unclear weather the man was the driver or an occupant in the Jetta.