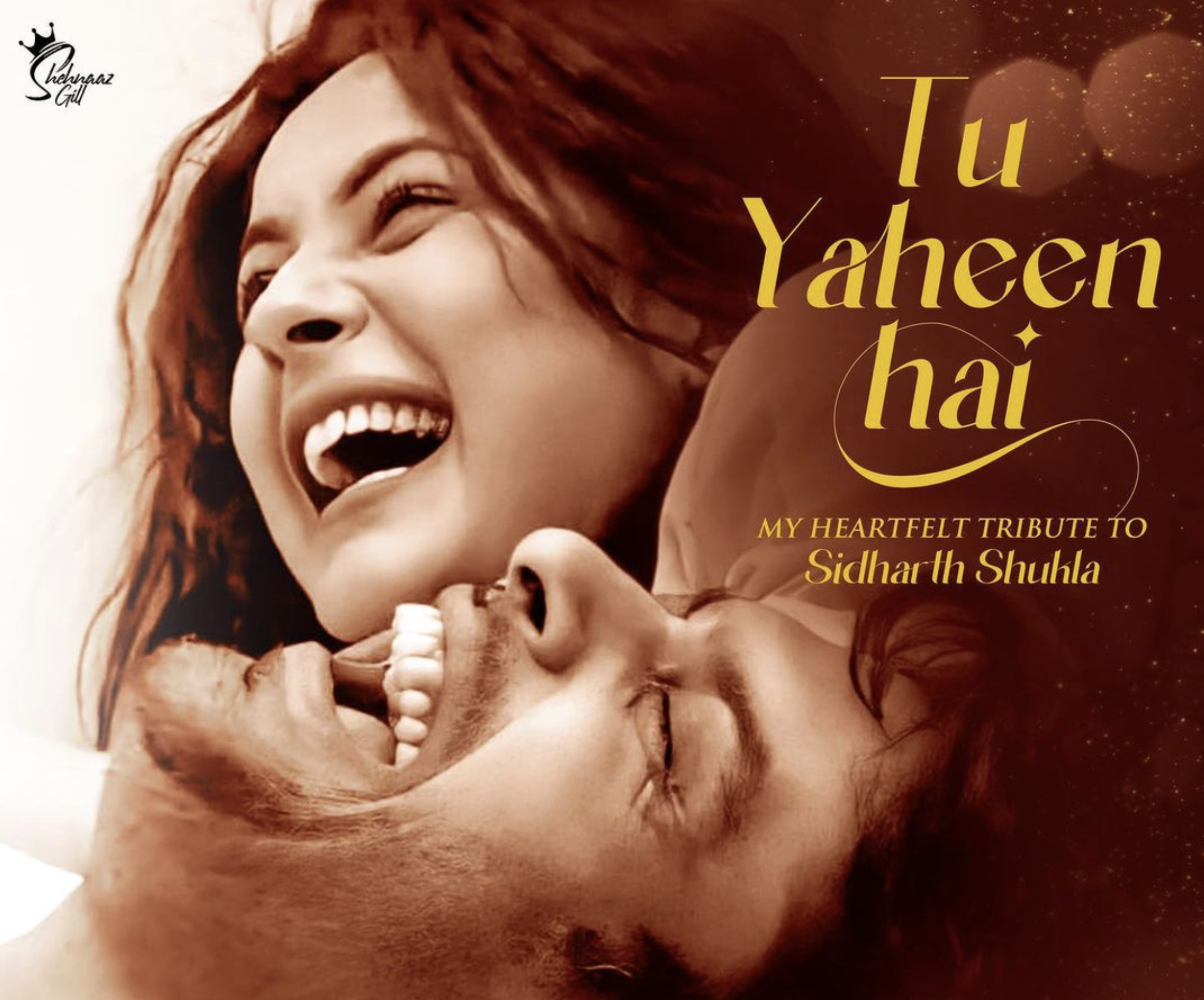 Almost a couple a months after Sidharth Shukla’s shocking demise, Shehnaaz Gill has announced her tribute to her rumoured boyfriend. SidNaaz fans have been eagerly waiting to hear from Shehnaaz. The song ‘Tu Yaheen Hai’ celebrates the fond memories of the duo.

The song has been sung by Shehnaaz Gill and has been written by Raj Ranjodh. Music Video has been directed by Bal Deo.

Sidharth, 40, died due to a heart attack. He and Shehnaz grew close to each other when they were in the ‘Bigg Boss’ house, though they never officially acknowledged their relationship.