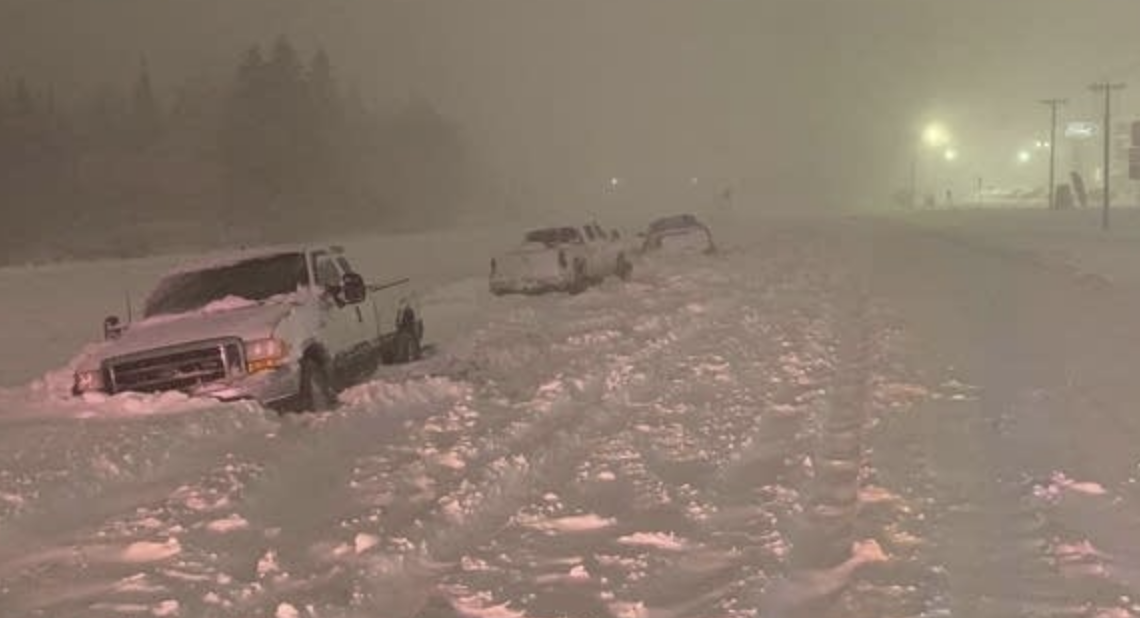 Spring storm could bring 30 to 80 cm of snow to Manitoba next week, flood forecasters warn

Environment Canada is forecasting a major spring blizzard will hit southern Manitoba and southeastern Saskatchewan with up to 50-centimetres of snow and winds gusting to 90 kilometres an hour.

The snow will start early Tuesday evening near the US border then push north throughout the night.

Heavy snow will be falling in much of the area by Wednesday morning, and forecasters warn that the higher terrain of western Manitoba and the western Red River Valley could see 80-centimetres of snow.

Environment Canada says the storm has the potential to be the worst blizzard in decades.