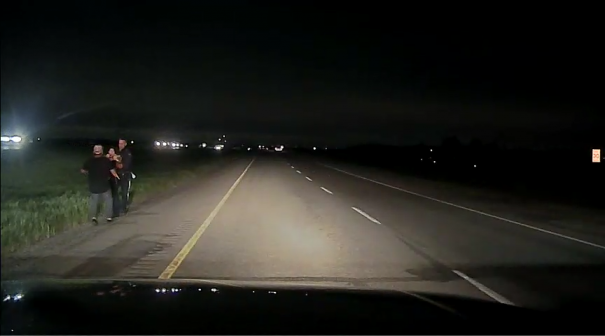 Strathmore, Alberta – On June 4, 2022 at approximately 10:24 p.m., Strathmore RCMP received a complaint a vehicle had been stolen near the Travel Lodge in Strathmore with a five month old child still inside.

It was reported the occupants of the vehicle stopped for a break and were beside the vehicle when a male wearing a reflective vest jumped into the driver seat and sped away. One of the occupants was able to flag down a passing vehicle and followed while relaying information to RCMP dispatch. With the information provided, responding Strathmore members were able to close in on the vehicle’s location while Calgary Police Service HAWCS helicopter moved into a position to monitor.

The vehicle travelled through rural roads at high rates of speed before entering onto Highway 1 Westbound reaching speeds over 160kmph. The vehicle was followed by police until it reached the overpass on Highway 1 and Highway 9 where it stopped in the inside/fast lane. The offender removed the child from the vehicle as responding members positioned behind him. The offender put the infant on the side of the road and sped away ignoring police commands. One of the responding Strathmore members rushed in and swept the enfant up from the highway. The infant was reunited with the complainant as they arrived on scene with the good Samaritan who initially followed the suspect vehicle. The infant’s mother arrived a short time later.

The offender was monitored by HAWCS driving along Highway 1 onto rural roads in the area of Township Road 243 and Range Road 281 near Chestermere. The offender reached a gate at a new development and got stuck while he tried to drive around it to avoid police. The offender fled on foot but remained visible to HAWCS who directed members to the offender’s location. 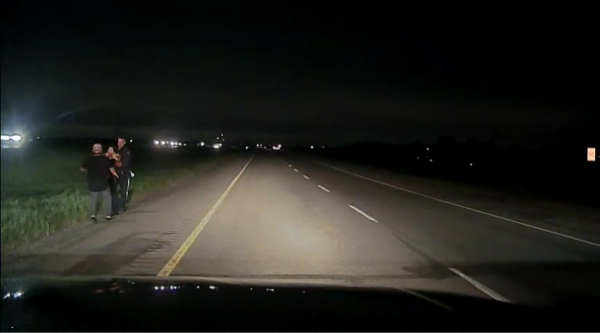 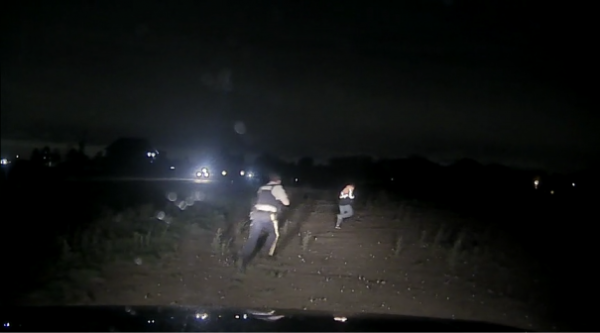 Strathmore members assisted by Chestermere members located and took the offender into custody. The offender, Tejinder BRAR a 27 year old Calgary man, was transported to Strathmore Detachment cells where he was later charged and remanded into custody. Charges included:

Police do not normally advise the public to chase or follow stolen vehicles as it creates a high risk situation where everyone involved could be seriously injured or worse. This situation however differed in consideration of the safety and wellbeing of an innocent child who thankfully was recovered unharmed.

“I would like to thank our community member who stopped to provide assistance and helped to relay valuable information to our responding members. This is a strong example of a close community looking out for each other. I am thankful we were able to reunite the child with their family and that nobody was hurt. We enjoy a close working relationship with our law enforcement partners in the area including our surrounding RCMP Detachments and Calgary Police Service. The ability to work closely together in a coordinated response was a major factor in bringing about a safe end to this incident.” – Staff Sergeant Mark Wielgosz – Strathmore RCMP Detachment Commander