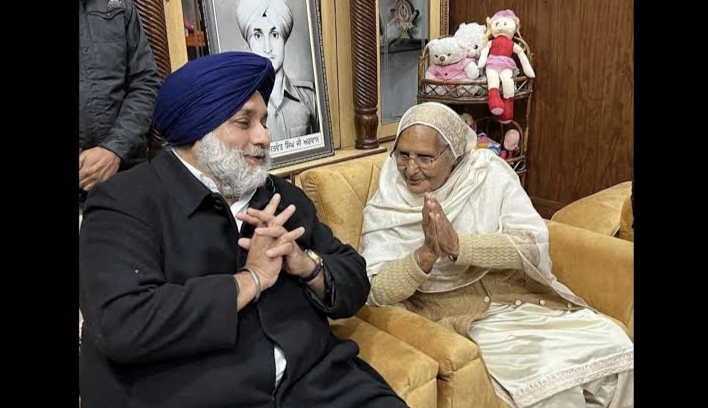 He has come under attack from political parties over this issue. Opposition said that the Badal is trying to join hands with the fundamentalists by doing so so that the party can get some strength and try to destabilise the ruling Aam Aadmi Party (AAP).

Political leaders say that Sukhbir Badal has already given tickets to many Hindu leaders in his party and claimed that the SAD is trying to become a secular party. Now he is busy reforming his party so that the party can get strength in the next assembly elections.

At present, the party has only three sitting MLAs in 117 assembly seats in Punjab. Speaking about this, AAP’s chief spokesperson Malvinder Kang said that when Sukhbir Badal’s party has become very weak, he is trying to do everything he can for the vote bank.

“Whenever Sukhbir is out of power, he starts thinking about people like Satwant Singh. Badal is only trying to play with the sentiments of the people,” he said.

Malvinder Kang questioned why Sukhbir Badal went to Satwant Singh’s house after 25 years and did not visit his house when he was deputy chief minister.

Talking about this, an SAD leader said that Sukhbir Badal’s visit to Satwant Singh’s house is not a new thing.

“If Satwant Singh’s family members are associated with the SAD, why will the party president not go to them?” he asked. He said that this is being made an issue by political leaders without any reason.