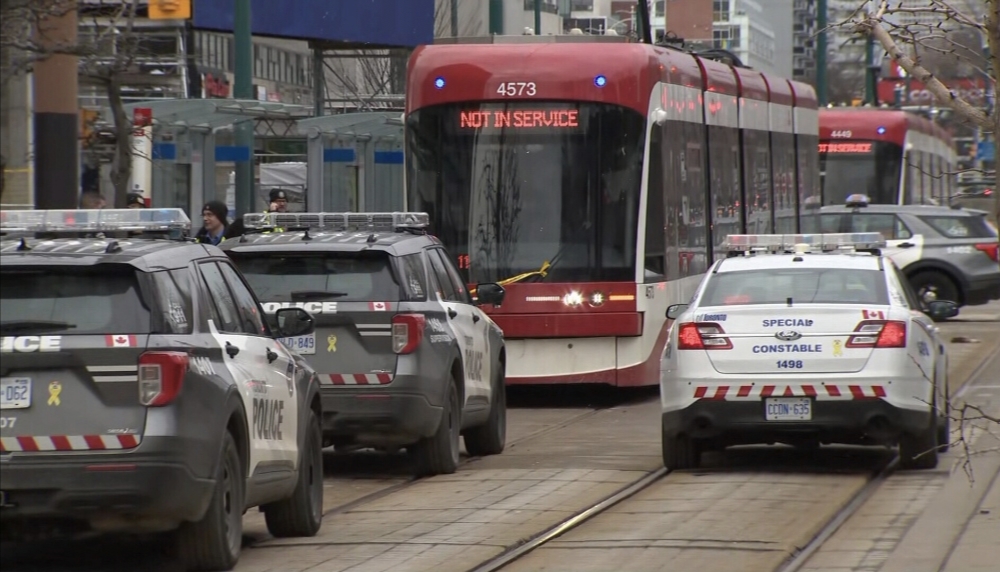 Toronto: A woman was arrested on Tuesday afternoon she stabbed another woman in the head and mouth on a TTC streetcar on Spadina Avenue in Harbord Village, the Toronto Police said.

Around 2:00 p.m., a woman was found injured in the Spadina and Sussex Avenue area near Blower Street. The woman, who was in her 20s, was badly injured after being stabbed multiple times.

The woman was rushed to the hospital in a critical condition by paramedics, her condition is said to be stable.

A woman, who was in her 40s, has been arrested in connection with the attack, police said.

She has been charged with assault. Police also found a knife from the spot. It was not immediately clear whether the woman and the injured woman knew each other.