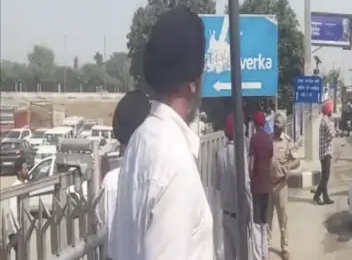 Suspicion of protest, farmers asked to remove their black turbans at CM’s event in Ludhiana

Ludhiana: Punjab Chief Minister Bhagwant Mann inaugurated a Rs 105 crore plant of Verka in Ludhiana on Wednesday, however, farmers, who were wearing black turbans were asked to remove it before entering the venue.

Many farmers with black turbans were reportedly also removed from the venue by the Punjab Police.

There was anger among farmers over this and some also protested for not allowing to enter them in the venue wearing their black turbans. 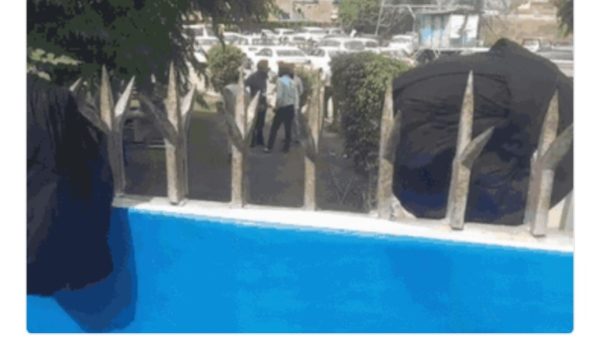 Earlier, speaking at the function, CM Mann said that the milk plant of Verka is being run by the farmers with hard work. Punjab is on the path of progress. The people of Punjab have reposed faith in the AAP party. People gave a chance to new zeal, new blood and new ideas. It took us six months to understand Punjab’s system. Now gradual cleaning is being done to reform the system.

Bhagwant Mann said that the project which is being started today at a cost of Rs 105 crore will produce paneer, butter etc. from 10 lakh metric tonnes of milk. Verka is the farmers’ own venture to earn income.

Attacking opposition, he said that earlier Punjab’s progress was on paper, which remained only on paper.

Bhagwant Mann said that there is a Verpio company in Bhutan Kalan near Lehragaga. They have set up a plant in which manure is being made from 330 tonnes of stubble. Biogas is being prepared at the same time. They need 1 lakh tonnes of stubble for a year. He said that this company has now taken land in different places. They now have to start collecting stubble from Punjab.

He said that Tata Steel’s project is also going to be set up in Ludhiana. It is the second largest plant in the country after Jamshedpur. Youth will get employment. By getting 100 percent work to the youth, the youth going abroad will be stopped, CM Mann said.