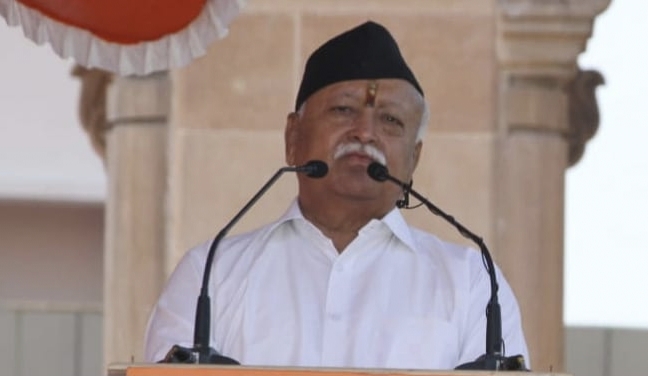 New Delhi: Rashtriya Swayamsevak Sangh (RSS) chief Mohan Bhagwat supported the LGBT community and said their privacy should be respected and the Sangh will encourage the idea.

“There have always been people with such inclinations ever since human beings existed… It’s organic, a way of life. We want them to have their right to privacy and they should feel that they are also part of this society. It is a simple matter.”

“Hindus are our identity, nationality and a tendency to accept and take everyone along,” Bhagwat said. This does not harm the Muslims who are in India today.

Replying to a question on population policy, Bhagwat said that first Hindus should understand that Hindus are in majority today and the upliftment of Hindus will make everyone of this country happy.

“Population is both a burden and a useful thing, so as I said earlier, a policy should be made with such a far-reaching and deep thinking,” he said.

“This policy should be equally applicable to all but it will not work forcibly,” the RSS chief said. We have to educate people about this.”