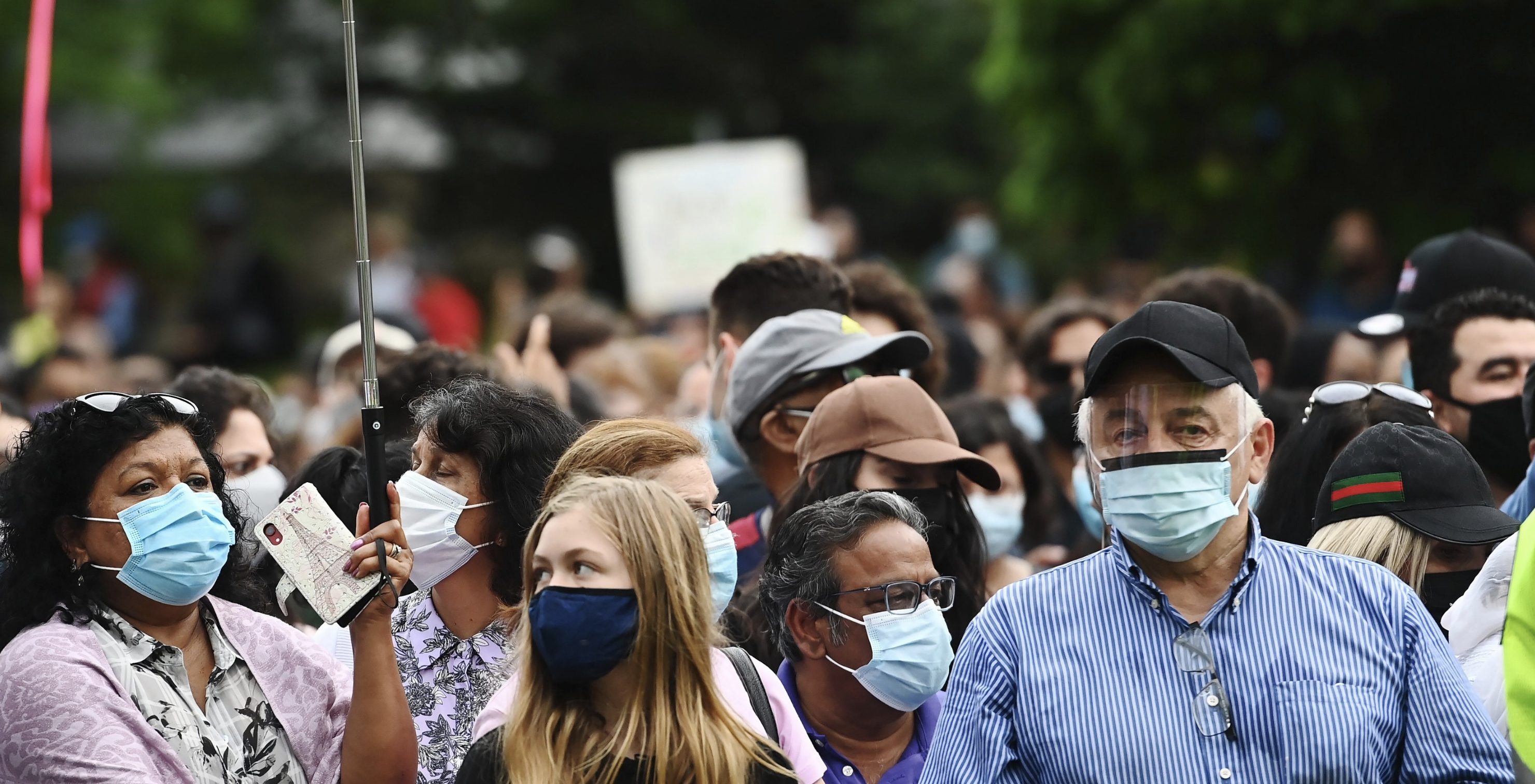 Mourners gather for a vigil yesterday held by the London Muslim Mosque for the family killed in a vehicle attack in London, Ontario.

The vigil lasted around two hours, filled with prayers and call s for action against Islamophobia.

“There are no words that can ease the grief of three generations murdered in their neighbourhood,” Prime Minister Justin Trudeau said at the vigil.

Look at the size of this vigil outside the London mosque. It goes as far as the eye can see. #ldnont pic.twitter.com/cB5NhSsLQA

To those who knew the Afzaal family, to the son who survived, to Muslims in London and in communities across Canada, to everyone who feels sad or angry or afraid: You are not alone. Canadians across the country are mourning with you and standing with you - tonight, and always. pic.twitter.com/MqMj1kKeTC