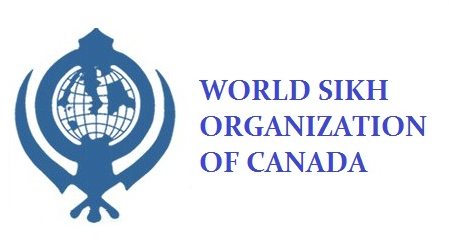 Ottawa (September 10, 2021):  The World Sikh Organization of Canada finds both Liberal Leader Justin Trudeau and Conservative Party of Canada Leader Erin O’Toole’s ‘offence’ at a question in last night’s debate calling Quebec’s Bill 21 ‘racist’ and ‘discriminatory’ to be what is actually offensive and outrageous.

“You denied that Quebec has problems with racism yet you defend legislation such as Bills 96 and 21 which marginalize religious minorities, anglophones and allophones. Quebec is recognized as a distinct society but for those outside the province, please help them understand why your party also supports these discriminatory laws.”

Trudeau has said today that the question was “really offensive” and was not “acceptable or appropriate”.

“It is outrageous that Mr. Trudeau and Mr. O’Toole would be more offended by a question on Bill 21 than the fact that this discriminatory law is driving people out of their homes and jobs.

There is clear data to show that Bill 21 is discriminatory and racist and creates second class citizenship. Bill 21 targets members of minority communities and has resulted in people like our own board member, Amrit Kaur, having to leave their homes in Quebec in order to earn a living elsewhere. That is truly offensive.

Commitments to fight racism in Canada ring hollow when our federal leaders are willing to defend a racist and discriminatory law like Bill 21. Their tiptoeing around this issue is politics at its worst and is hurting Canada and Canadians. This position is even more troubling in light of recent attacks on Muslims, as well as Turban-wearing Sikhs.”