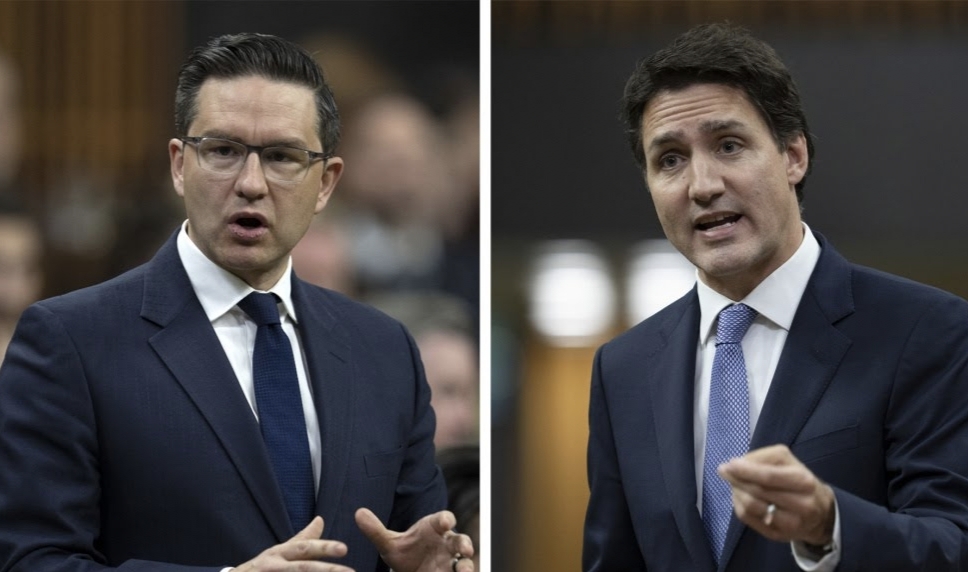 Trudeau and Poilievre spar over recession and affordability bill

Ottawa: Prime Minister Justin Trudeau and Conservative Leader Pierre Poilievre had a heated debate in the House of Commons on Tuesday on how the federal government should deal with a possible recession and inflation.

During the debate, Trudeau accused Poilievre of trying to block a bill to implement his housing and dental benefits.

During question hour on Tuesday, Poilievre accused Trudeau of “bragging about”the $500 in aid to low-income renters under the proposed Affordability Bill. He said that these days, you can’t even rent a dog house in the backyaw of the house.

Poilievre, along with several other Conservative MPs, also called for scrapping the government’s plan to further raise the carbon tax.

He said that keeping homes warm in Canada in winter is not a luxury and yet the Prime Minister wants to punish the people behind it. He said that if Trudeau could not back down from his plan to impose a triple tax, then at least he should exempt people from the tax of keeping the houses warm in winter.

“If the Conservatives care so much about the affordability of Canadians, they would have helped them pass the bill instead of blocking C-31,” Trudeau said repeatedly this line throughout the day in the debate to attack Poilievre.