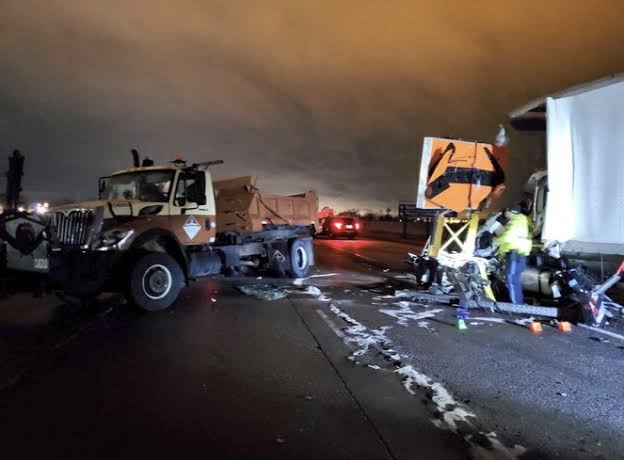 Two injured, one critical after collision near Beamsville, Ontario

Toronto: Two people were hospitalized, one in critical condition, after a truck collided with a maintenance truck on the Toronto-bound Queen Elizabeth Way in Beamsvillein the early hours of the morning.

Police arrived at the crash site near Ontario Street in Beamsvillein around 1:00 a.m. on Wednesday. Ontario Provincial Police (OPP) said the transport truck was moving behind the sign vehicle to protect workers repairing potholes on the highway.

Sgt. Kerry Schmidt of OPP said the truck was going into the middle lane of the three-lane highway when it collided with the maintenance truck. The left and middle lane was closed for the crew to work.

The 22-year-old truck driver sustained life-threatening injuries and is currently undergoing treatment at the hospital. A 39-year-old woman worker was also taken to the hospital with serious injuries.

The Toronto lanes of the highway from Victoria Avenue to Ontario Street have been closed. This could disrupt morning traffic, police said.