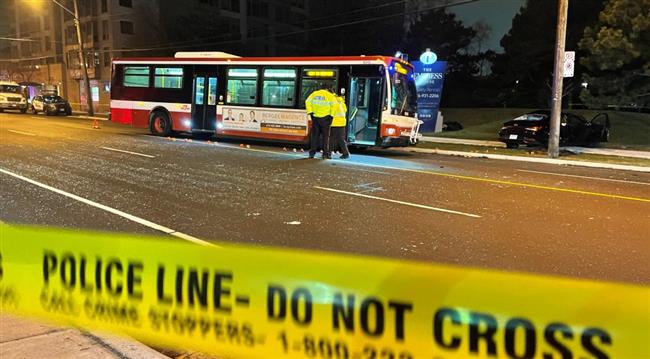 Toronto: A man and a 12-year-old boy were badly injured when a TTC bus rammed into a vehicle in North York on Monday night.

The accident occurred just before midnight on Highway 401 on Bathurst Street and Headington Avenue on south. Police said the bus hit the rear side of the car due to which the car got off the road and hit a tree.

A 12-year-old boy in the car, who was driving the vehicle, was injured and taken to a hospital. Eyewitnesses said the two men in the car were pulled out after cutting off the car.

There were no passengers in the bus at the time of the accident. Bathurst Street has been closed on both sides of Headington to investigate the matter.