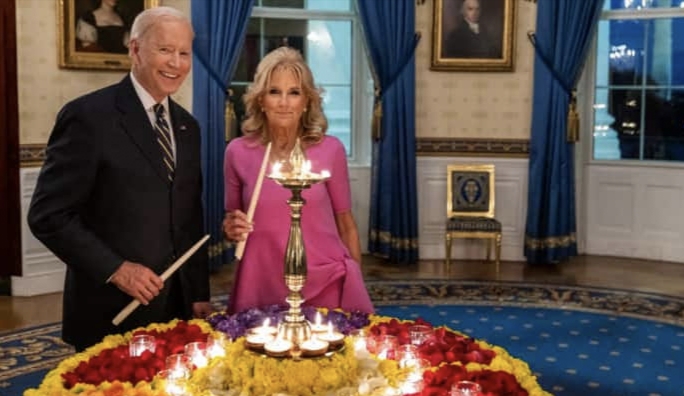 Washington: US President Joe Biden is planning to celebrate Diwali at the White House this year as well.

In response to a question, Jean-Pierre said, “We don’t yet have a date to share at this moment but President Biden thinks it is an important event as a partnership with India as well as Indian Americans here in this country.”

Meanwhile, Maryland Governor Lawrence Hogan said that October has been declared As Hindu Heritage Month. The Diwali is celebrated in the White House every year after the tenure of former US President George W. Bush.