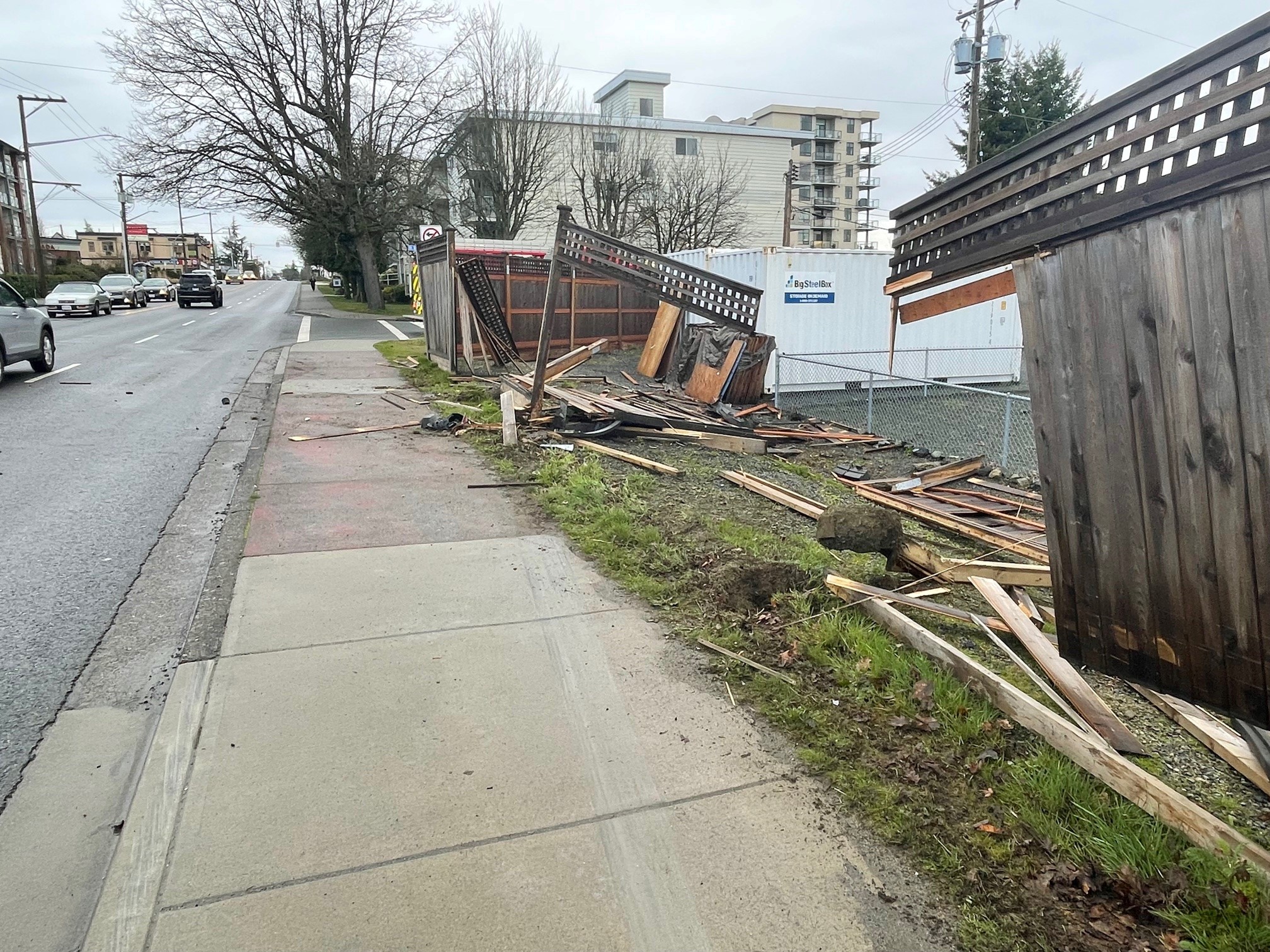 The Nanaimo RCMP is investigating a single vehicle collision in which a vehicle crashed into a fence surrounding a supportive housing complex on Terminal Ave. The crash occurred just before 10 AM on Tuesday March 15, 2022, in the 200 block of Terminal Ave.

The vehicle involved, an older model Chevrolet Cavalier, was the same vehicle that officers had attempted to stop just minutes earlier in downtown Nanaimo for a minor traffic violation. The driver of that vehicle refused to stop and fled from police at a high rate of speed. Given the speed involved, the time of day and the amount of vehicle and pedestrian foot traffic, the officer did not attempt to stop the vehicle. It was noted though that the suspect driver then proceeded to drive through two stop signs until police lost sight of the vehicle.

Approximately five minutes later, the same vehicle was reported to have crashed into a fence on Terminal Ave, and that the driver was seen running from the scene. A woman remained at the scene who was later determined to be the registered owner of the vehicle involved. This individual was less than forthcoming with officers when asked who was driving the vehicle.

Police Dog Services attended but due to the volume of foot traffic in the immediate area, a track could not be established. The vehicle sustained significant damage and was towed from the scene. The fence will be repaired.

“Given the speeds involved and subsequent crash, it is fortunate that there were no reported injuries, “said Constable Gary O’Brien of the Nanaimo RCMP.