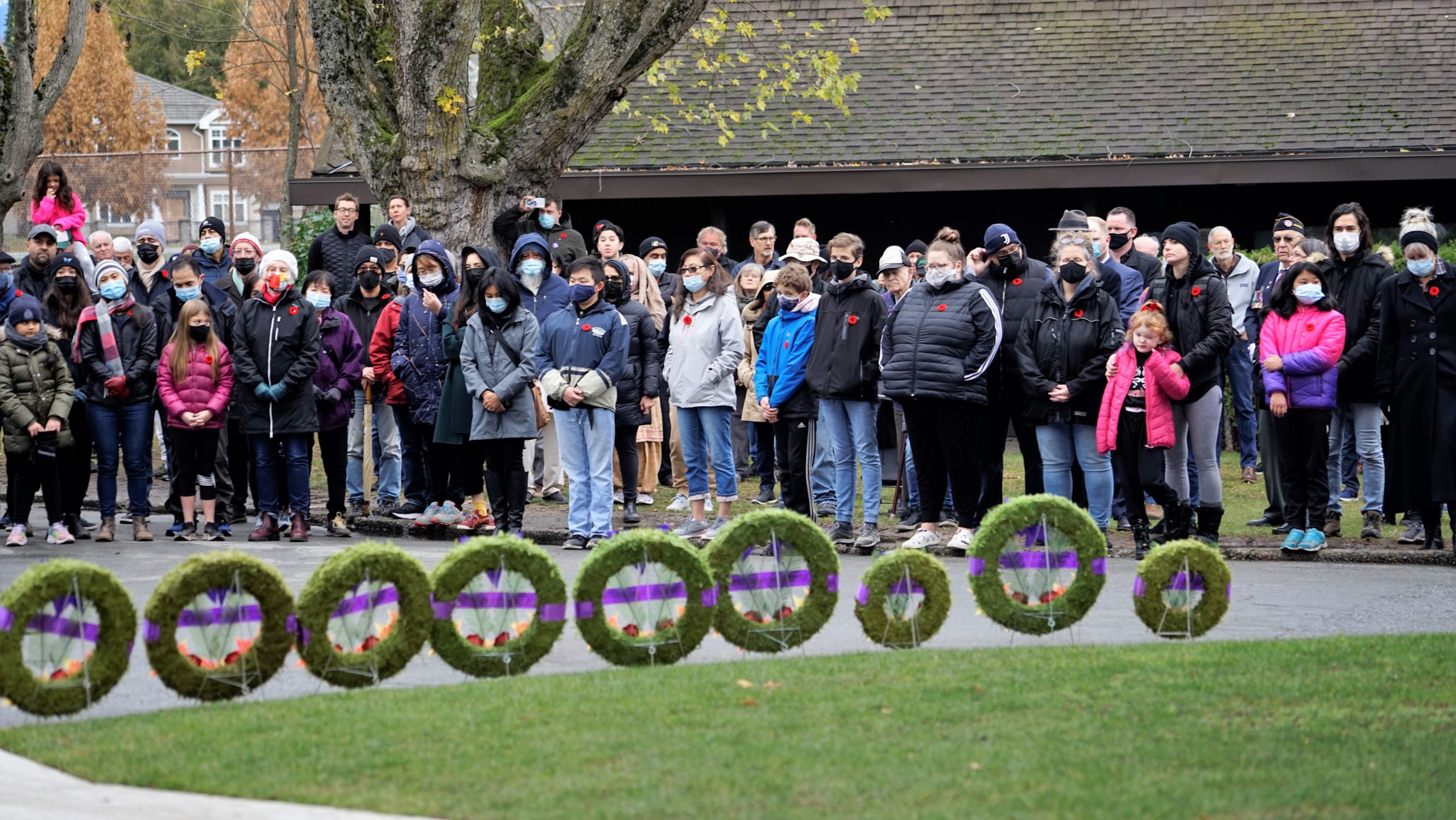 Grey skies, blustery winds and rain showers didn’t keep people away from a Remembrance Day ceremony at the cenotaph in Victoria, where a B-C Legislature official estimated that almost three thousand people gathered to pay respects.

A ceremony in Vancouver’s Victory Square was meant to be invite-only as a measure to prevent the spread of COVID-19, but hundreds gathered just outside a barrier as veterans and officials laid wreaths after a moment of silence. 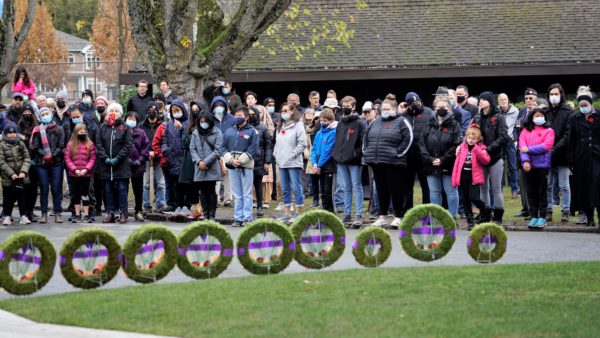 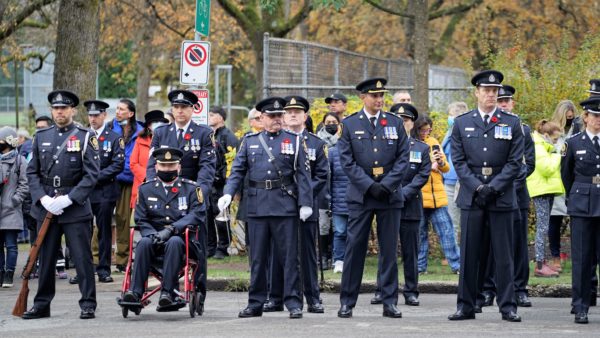 In Burnaby, around 100 people gathered at the Ambassador of Peace Korean War Memorial for a special wreath-laying ceremony for those who served in Korea.

International Development Minister Harjit Sajjan attended the ceremonies in Vancouver and Burnaby and told media it was a day of reflection to say thank you to all those who have served and sacrificed.

As many as 100 people protesting COVID-19 vaccine mandates disrupted yesterday’s events at the cenotaph in Kelowna.

Police are investigating to determine what offence, criminal or otherwise, may have been committed. (Canadian Press)