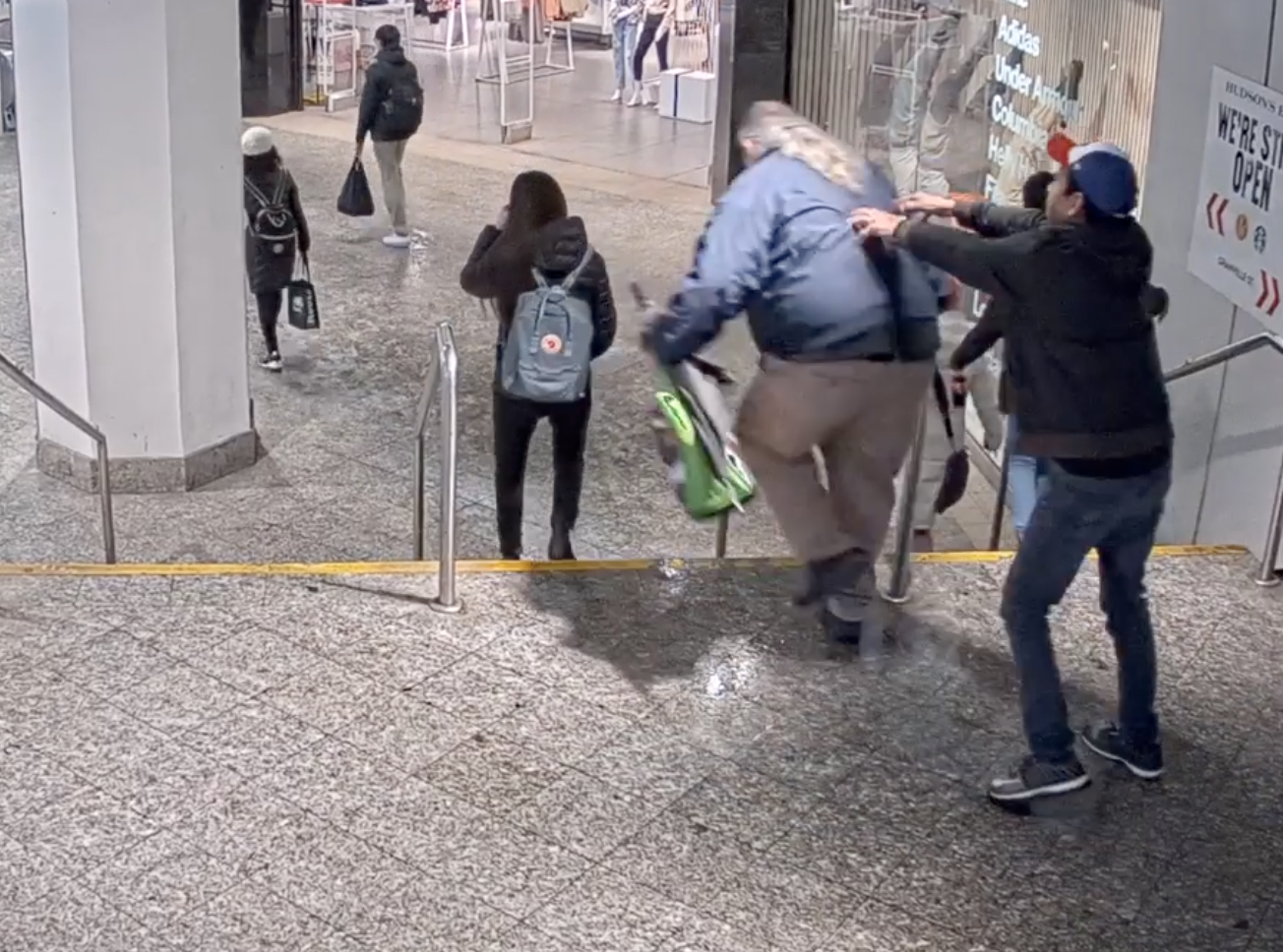 Vancouver – Vancouver Police have released video of a suspect who allegedly pushed a stranger down a flight of stairs at a downtown SkyTrain station this month, and ask anyone with information to come forward.

“Given the time of day and the location of the incident, we know there were people in the area who witnessed this assault,” says Constable Tania Visintin.  “We also know there will be people who recognize the man in this video, and we’re asking them for help to solve this crime.”

Police are looking for an Indigenous man in his 40s, with short black hair and a slim build. He was wearing a black rain jacket with a small white logo on the left chest, a white t-shirt, dark blue jeans, black running shoes and a red, white and blue ball cap.

“The victim suffered minor injuries and was treated on scene by paramedics,” adds Constable Visintin.

Anyone who has information or anyone who recognizes the suspect is asked to call investigators at 604-717-4022.