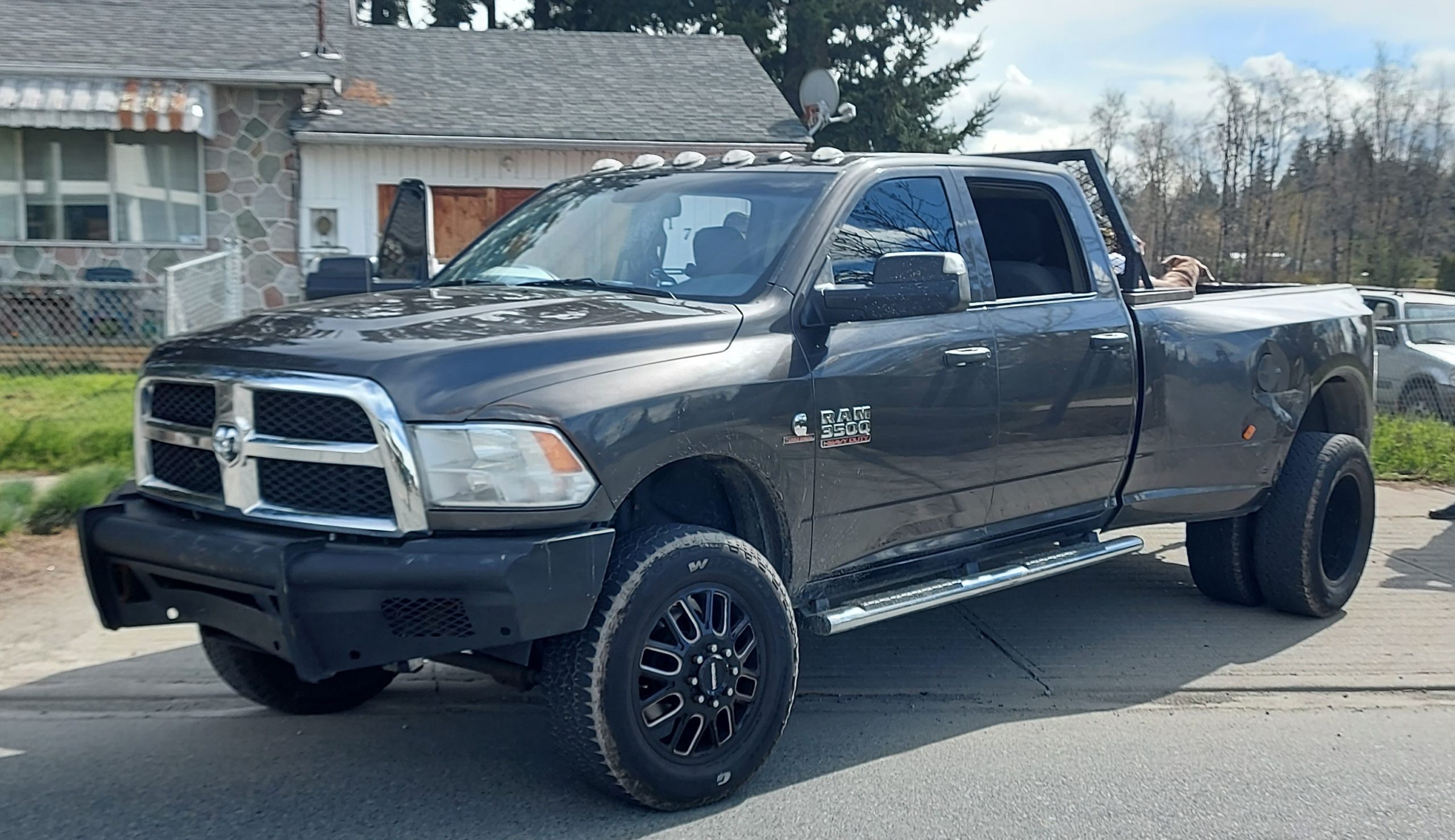 Woman jumps out of a moving truck in Abbotsford

On April 10th, at 10:47 am, AbbyPD Patrol Officers responded to the 1700 block of Clearbrook Road for a report of a female lying on the roadway. Upon arrival, a 50-year-old female was located suffering from serious life-threatening injuries after exiting a vehicle while it was in motion. The female was transported to the hospital by air ambulance.

Investigators have determined the female was a passenger in a 2017 Grey Dodge pickup truck bearing an Alberta licence plate before sustaining her injuries. The truck driver, a 39-year-old man, remained on the scene and has been identified by police.

Both the female and male are known to each other. There is no risk to the public. The AbbyPD Major Crime Unit has taken over the investigation and is in the preliminary stages. Police have located and seized the truck involved. Investigators are releasing a photo of the truck and asking for the public’s assistance in identifying the truck’s movements before the incident.

Investigators ask anyone with dashcam footage that may have captured the truck’s movements or information about this incident to contact the Abbotsford Police Department at 604-859-5225.