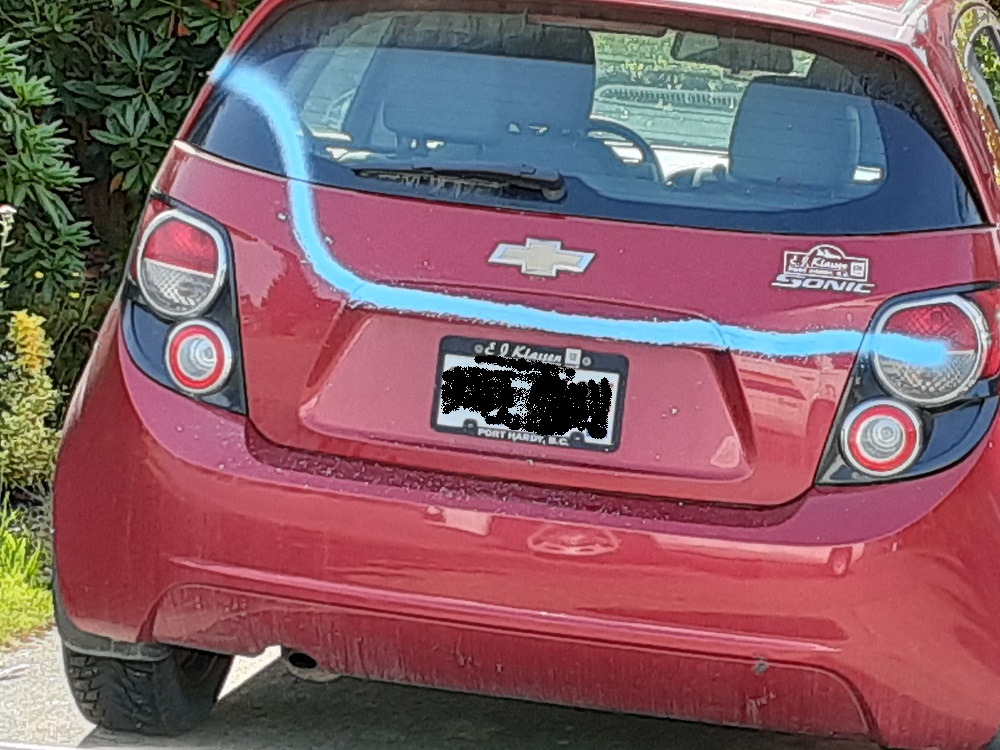 On Sunday, June 20th, 2021, shortly after 8:00 am, Campbell River RCMP responded to a report of a vehicle that had been spray painted over night with a blue/grey chalky paint.

The investigating officers ended up locating 17 different vehicles on Springbok Rd from Gazelle Rd up to Robron Rd that had been spay painted over the course of the night with a blue/gray forestry marking paint.

Right now, we are seeking the public’s assistance for anyone that may have seen or heard anything between the hours of 1:00 am and 8:00 am on the morning of June 20th, said Cst Maury Tyre. We are asking that anyone in the neighbourhood with video cameras check their footage from that night and if they have anything suspicious in their footage they can call the local police detachment immediately. Also if someone has noticed someone that likely isn’t exposed to aerosol paints in their work or art life and they have some on their clothes or hands, that would be a worthwhile tip for sure.

Pointless acts of vandalism in the central and southern Campbell River neighbourhoods have been on the rise in the last few weekends and are simply unacceptable, said Tyre. Incidents like broken fences, painted cars, and broken windows have seen damage in the thousands of dollars in recent weeks and the reality is somebody knows who is doing these things and seems to be okay in letting them get away with it. In the case of the windows, fences and some broken lawn lights, we know for sure that the suspects range from their young teens to their early 20’s and have absolutely no justification whatsoever. In the case of the vehicles right now, we cant provide an age range, but with so many vehicles painted over such a large area, there is no doubt that act is also random.

If you have information that can lead to the identification of the suspects in any of these acts of vandalism, please contact the Campbell River RCMP at 250-286-6221.