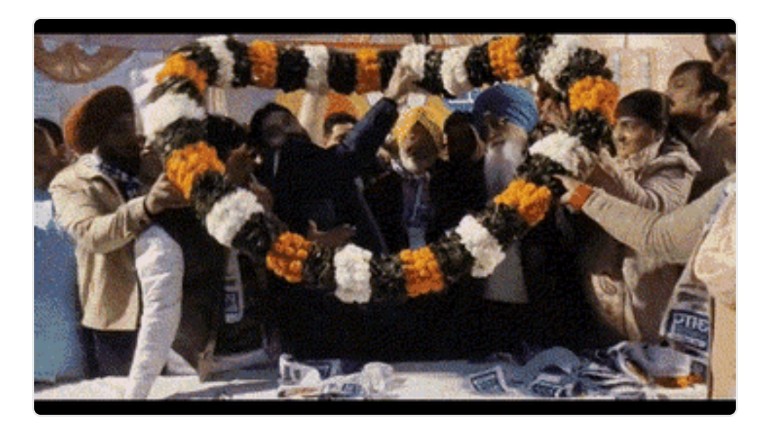 AAP leaders snatch mic from MLA Arora, pushed each other on stage in Jalandhar

Chandigarh: A video of AAP leaders dragged and pushed each other on stage has surfaced in Jalandhar city of Punjab. At the event organized for the leaders of the opposition parties to join the party, the AAP party leaders got involved in arguments over speaking on the mic.

The major embarrassment was that it all happened in front of the in-charge of District Jalandhar, Cabinet Minister Inderbir Singh Nijjar. Minister Nijjar also watched the snatching silently.

According to the information, MLA Raman Arora was speaking at a program organized to join Congress and Akali Dal leaders into the party. Perhaps he did not name some AAP from Cantonment, following this, Hockey Olympian Surinder Singh Sodhi, who is in charge of Jalandhar Cantt, came to MLA Raman and tried to snatch mic from his hands forcibly.

Meanwhile, a third AAP leader entered. He put his hand from behind and snatched the mic. After this, both the MLAs and Sodhi, in-charge of Jalandhar Cantt, were seen looking at each other with anger. All this drama was happening openly in front of everyone. They also pushed each others. The video of the incident has now gone viral.

In the midst of this video, MLA Raman Arora’s voice was also recorded, in which he is telling the Cantt MLA and the third person who snatched the mic that the program gets disturbed because of both of you. Jalandhar West MLA Sheetal Angural grabbed MLA Raman Arora’s side and pulled him towards him.