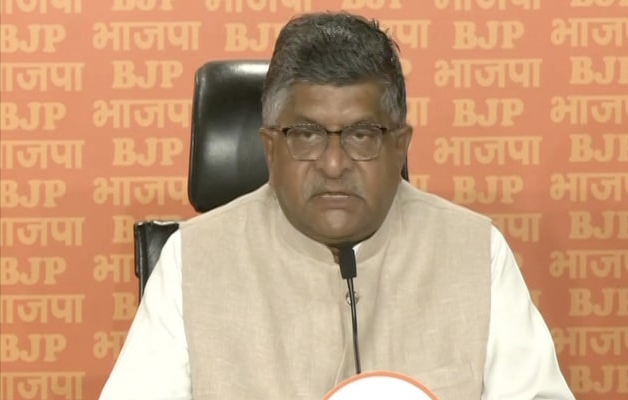 New Delhi: Senior Bharatiya Janata Party (BJP) leader Ravi Shankar Prasad today said that it is very unfortunate that questions are repeatedly raised on the surgical strikes by the Congress party. He slammed Congress and its leader Digvijay Singh for raising questions on Surgical strike and the Batla House encounter.

“My question is to Rahul Gandhi, those who are walking with you… They are trying to break the country and why are you silent? Have you ever thought that this statement of your leaders boosts the morale of the masters of terror? Is this Bharat Jodo Yatra, or Bharat Todo Yatra?, ” Prasad said.

Former Union Minister further said that this is very shameful and unfortunate, Congress party leaders should apologize. This is a proof that Congress works to break the country, and these leaders have the support of big leaders of the Congress party.

He said that Digvijay Singh is not an ordinary leader, he has been the Chief Minister of Madhya Pradesh for ten years and has been general secretary. Don’t insult the country’s army, BJP leader said.

Addressing a public meeting during the ‘Bharat Jodo Yatra’ in Jammu and Kashmir, Singh alleged that the government had not agreed to its request to airlift central reserve police force (CRPF) personnel from Srinagar to Delhi and that 40 soldiers had to sacrifice their lives in a 2019 terror attack in Pulwama.