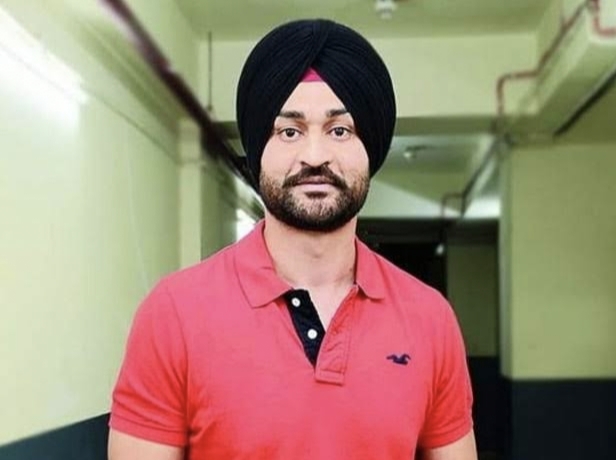 Chandigarh: Haryana Sports Minister and former Indian hockey team captain has been accused of sexual harassment by a woman coach. In this case, the police have registered a case against Sandeep Singh under 5 sections, out of which two are non-bailable.

Sandeep Singh dismissed all the allegations by holding a press conference, however, he later resigned as Haryana’s sports minister.

Singh, former captain of the Indian hockey team, was one of the fastest drag-flickers in the world. He returned to the game even after suffering from life-threatening injuries after being shot. When he entered politics, he won the first election and became a minister. Now the was surrounded by allegations of sexual harassment by a female coach.

Born in 1986, Sandeep Singh’s elder brother Bikramjit Singh was a hockey player. Sandeep Singh was fond of his hockey kit, but was not allowed to touch it by his brother.

Sandeep made a lot of name while playing junior. There was a big demand for his drag flick. Drag flick is a way to score from penalty corners in hockey. It starts with the ball pushed from the corner towards the attack.

In 2003, he was selected in the Indian hockey team. He became part of the Athens Olympics in 2004.

He was the youngest hockey player in the world here. In the Junior World Cup in 2005, he scored a total of 10 goals. He was part of the senior team of the Hockey World Cup to be held in Germany in 2006. Just before this tournament, Sandeep Singh was shot.

There was a week-long break between preparations for the 2006 Senior World Cup. On August 22, 2006, Sandeep along with his friend boarded the Kalka Shatabdi Express from Chandigarh for home. A railway police force jawan was sitting right behind Sandeep’s seat. He was cleaning his gun when he accidentally opened fire.

The bullet hit Sandeep’s spine and 40% of his body had stopped functioning. He was admitted to PGI Hospital in Chandigarh. Everyone thought that his career was over, but Sandeep was in the field in 2 years

In 2009, the team won the Sultan Azlan Shah Cup after 13 years. Sandeep Singh scored the most goals and then became the Player of the Tournament.

In 2010, he received the Arjuna Award. In the year 2011, Sandeep Singh was included in the list of top 5 players in the world by the World Hockey Federation. There were high expectations from Sandeep Singh for the 2012 London Olympics. In the final of the qualifying match, Sandeep Singh set several world records one after another against France.

With a drag flick of 145 kmph, he scored 5 goals in the final at the international level in the same match. Sandeep also broke his idol Dhanraj Pillay’s record of scoring 121 goals in a tournament on the same day. Coincidentally, this match was on February 27 and it is also Sandeep Singh’s birthday on this day.

After retirement, the movie was made, then came into politics

Sandeep entered politics in 2019. He was given a ticket by the Bharatiya Janata Party from Pehowa in the Assembly elections in Haryana. 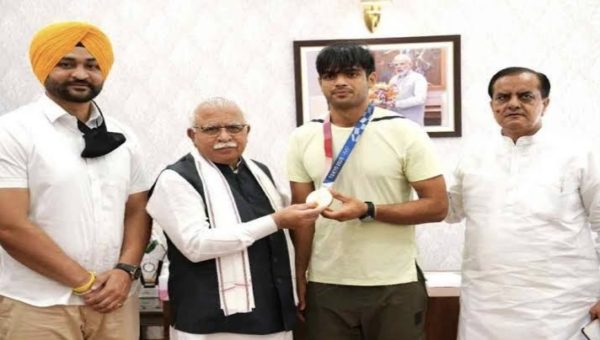 He contested elections for the first time, won and also became a minister. Seeing his achievements in hockey, he was handed over to the Sports Ministry. Some senior ministers were also upset with this decision.

According to senior sources in the government, Sandeep Singh was already being called a non-performer minister of the Manohar Cabinet. After the merger of the departments, Sandeep Singh has also gone to a department. After this, there was a danger of losing his chair in a possible cabinet reshuffle. In such a situation, he has suddenly been embroiled in a controversy over the women’s coach.

On December 26, the junior women’s coach said the minister called her to the government residence and put her hand on her feet. She alleged that minister told her to keep him happy and be would keep her happy. An hour after the allegations, the minister held a press conference and dismissed the allegations.

On December 27, Kavita, deputy director of the sports department, held a press conference in support of Sandeep Singh. She accused the women’s coach of misbehaviour and said that the matter should be investigated.

Chandigarh Police on January 1 revealed that a case has been registered against minister Sandeep Singh. He met Chief Minister Manohar Lal Khattar in the morning.

When the matter was made public, Sandeep Singh said, “I have handed over the sports department to CM Manohar Lal. There was a conspiracy to malign my image. Investigation is going on, whatever decision the CM takes, I will accept it.”