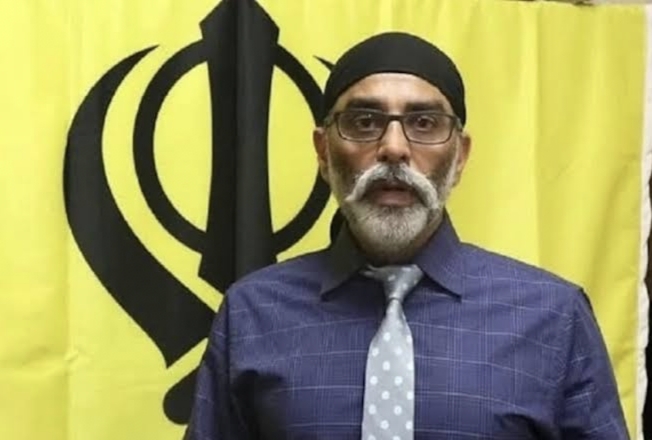 Chandigarh: Slogans of Khalistan Zindabad were found written on the walls of SSP Upinderjit Singh Ghumman’s office in Sri Muktsar Sahib, Punjab on Tuesday morning. Terrorist Gurpatwant Singh Pannu, who is sitting abroad, has also taken responsibility for this and has also advised Rahul Gandhi not to come to Punjab during his Bharat Jodo Yatra.

As soon as the slogans were found to be written, the police erased them. After this, CCTVs are now being scanned to catch those who write slogans.

Gurpatwant Singh Pannu, a terrorist of Sikh for Justice, has released a video in which he is calling the incident of bomb being found outside the house of Punjab Chief Minister as Khalistani propaganda. He says that the Khalistani movement is gaining momentum in Punjab and bombs are being made in houses. Not only this, he has also claimed to writing Khalistan Zindabad slogans on the walls of the office of SSP Of Sri Muktsar Sahib Upinderjit Singh Ghuman.

Pannu also mentioned the political assassination of Indira-Rajiv in 1984-1991 in his video. Along with this, it was made clear that now on January 11, 2023, Khalistani supporters will also stop Rahul Gandhi from entering Punjab. Rahul Gandhi’s Bharat Jodo Yatra is entering Punjab on this day.

Pannu in a video claimed that the bomb found near the official residence of Punjab CM Bhagwant Mann in Chandigarh yesterday were a conspiracy by Khalistani activists. Calling it a Khalistani movement, Pannu said that right now people of Punjab are in favor of freedom through referendum.