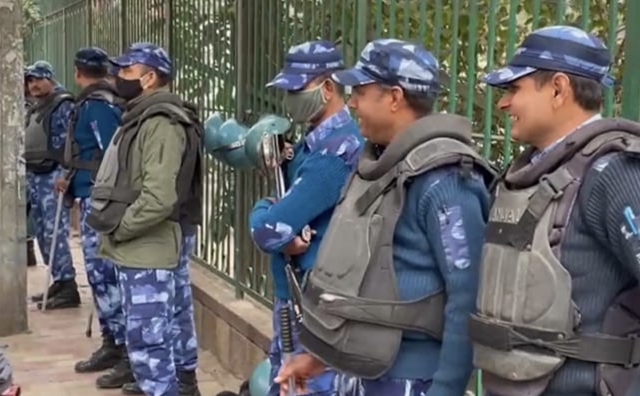 New Delhi: Three students of Delhi’s Jamia University have been detained for allegedly trying to vitiate the screening of a BBC documentary on Prime Minister Narendra Modi.

This action has been taken on the complaint of the Chief Proctor. According to the police, security has been tightened at Jamia University over the incident.

Jamia students had said that they would show the BBC’s ‘India: The Modi Question’ documentary. But Jamia University denied them permission.

However, the students remained adamant on showing the documentary at gate number 8 at 6 pm today. The university issued a notice to the students.

Despite the notice issued by the Jamia administration, a banned and controversial BBC documentary was being organized on the MCRC lawn at Gate No. 8 at 6 pm on Wednesday. Jamia University did not give permission for this.

After this, security has been tightened in Jamia. Meetings and gatherings have not been allowed in the lawn and at the gate. At the same time, strict disciplinary action has been said against the organizers.

Earlier, Delhi Police launched investigation after complaints of ruckus at the Jawaharlal Nehru University (JNU). Two complaints have been filed by the Akhil Bharatiya Vidyarthi Parishad and one by JNU Students’ Union president over the BBC documentary screening incident yesterday night.