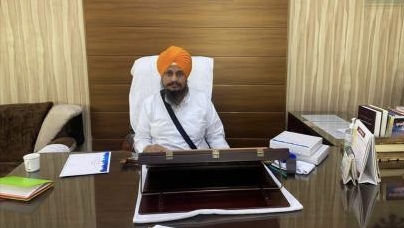 Sikhs are prohibited from wearing skull caps in the sect. Whether it’s cloth or iron. In the Second World War, 1965, 1962 and 1971, Sikhs also showed bravery by putting gloves.

He said that some organizations are also promoting it, which is a matter of slowness. Helmet.com has been created a website, which is promoting helmets among Sikhs. It is wrong.

In fact, Sikh soldiers wear a bulletproof patka during practice, which covers a part of the head. But this helmet will protect the entire head.