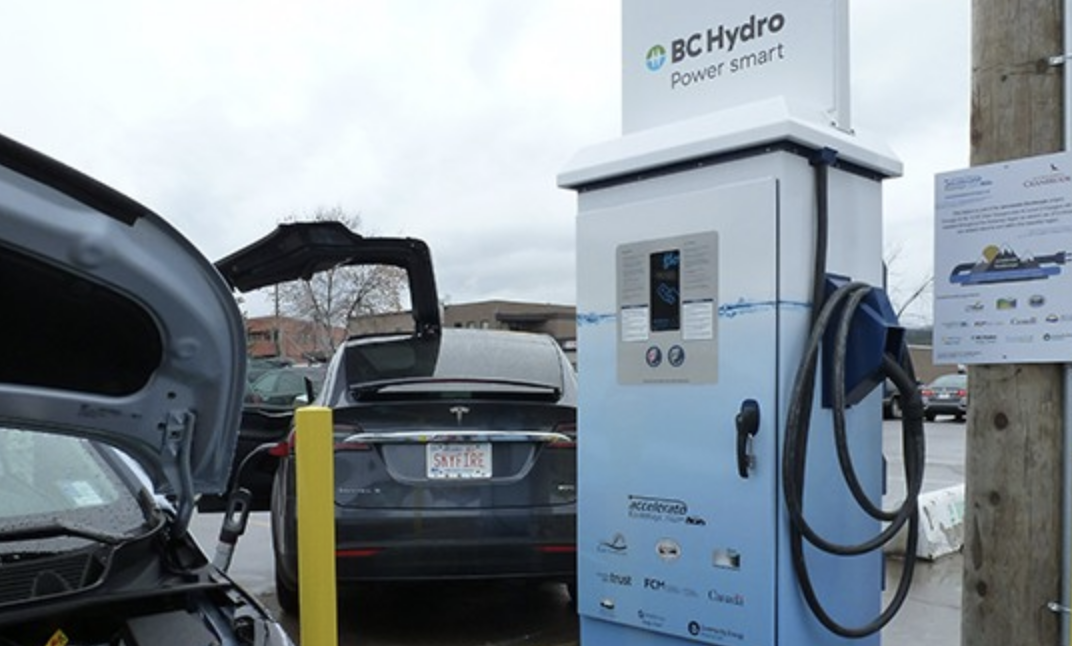 VANCOUVER: BC Hydro has installed its first 100-kilowatt electric vehicle charger in Cloverdale to add to its provincial network of more than 100 public fast chargers.

“British Columbians are purchasing electric vehicles at the highest rate in North America. Government has set ambitious goals for electric vehicle adoption in B.C. to help fight climate change,” says Minister Bruce Ralston. “We will continue to work together to ensure access to electric vehicle charging infrastructure to accelerate our transition to a low carbon economy.”

“Access to charging infrastructure at convenient locations is key to ensuring the adoption of electric vehicles, and we are pleased to have the first 100-kilowatt station in BC Hydro’s network in our community,” says Mike Starchuk, MLA for Surrey-Cloverdale. “British Columbians with EVs can find an easy charge at this location, and local businesses can benefit from more visits as EV drivers get themselves ready to hit the road again.”

Transportation accounts for about 40 per cent of greenhouse gas emissions in B.C. In September, BC Hydro revealed its Electrification Plan, with initiatives to encourage BC residents, businesses and industries to switch to hydroelectricity from fossil fuels to help reduce carbon emissions. The plan encourages switching from gas-powered cars to electric vehicles.

“B.C. is a great place to drive an electric vehicle. About 98 per cent of the electricity generated by BC Hydro comes from clean and renewable resources,” says Chris O’Riley, President & CEO, BC Hydro. “The electrification of the transportation industry with a significant reduction in carbon emissions is made possible in our province thanks to our clean energy advantage.”

BC Hydro’s Electrification Plan calls for fuel switching for light-duty vehicles and medium- and heavy-duty on-road and off-road vehicles, including trucks, buses, forklifts, mining conveyance, commercial fleets and ferries and other marine equipment. If the fuel switching targets for transportation are realized, BC Hydro will help reduce or avoid 90,000 tonnes of incremental greenhouse gas emissions from the transportation sector by 2026.

By the end of 2025, BC Hydro plans to expand its provincewide fast charging network to 325 fast charging units at 145 sites. Starting in 2022. BC Hydro will begin installing more 100-kilowatt units at some of its sites, with further upgrades across the network in 2023 and 2024.