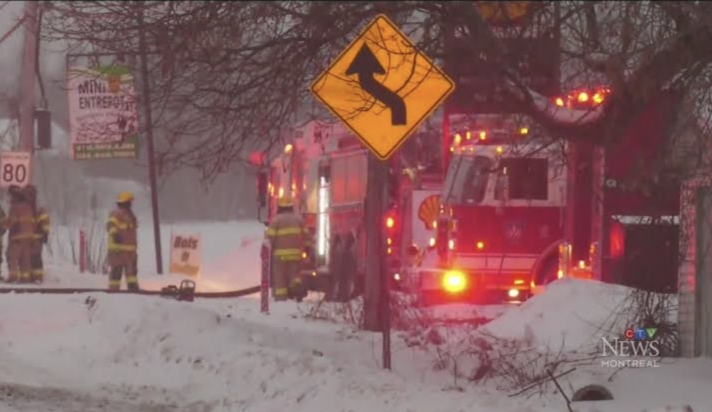 Quebec: At least three people are said to be missing in an explosion at a fuel distribution company at a Propane Lafortune factory building in St-Roch-de-l’Achigan, north of Montreal. This information was given by the Quebec Provincial Police (SQ). No casualties have been confirmed yet.

SQ spokesman Alois Cossette said police could not reach the scene during the day due to safety reasons. The police launched an investigation when a team of 50 firefighters brought the fire under control.

Cossette said the investigation is likely to go on overnight but there could be some difficulty due to heavy snowfall.

During the day the SQ did not say that one person was missing. But the number of missing persons reached three on Thursday evening.

According to the information received, this number may also increase. The explosion occurred at 11:17 a.m. on Thursday at the Propane facility, 50 kilometers north of Montreal. It was also informed that the buildings within a radius of one km of the building were evacuated at the earliest.