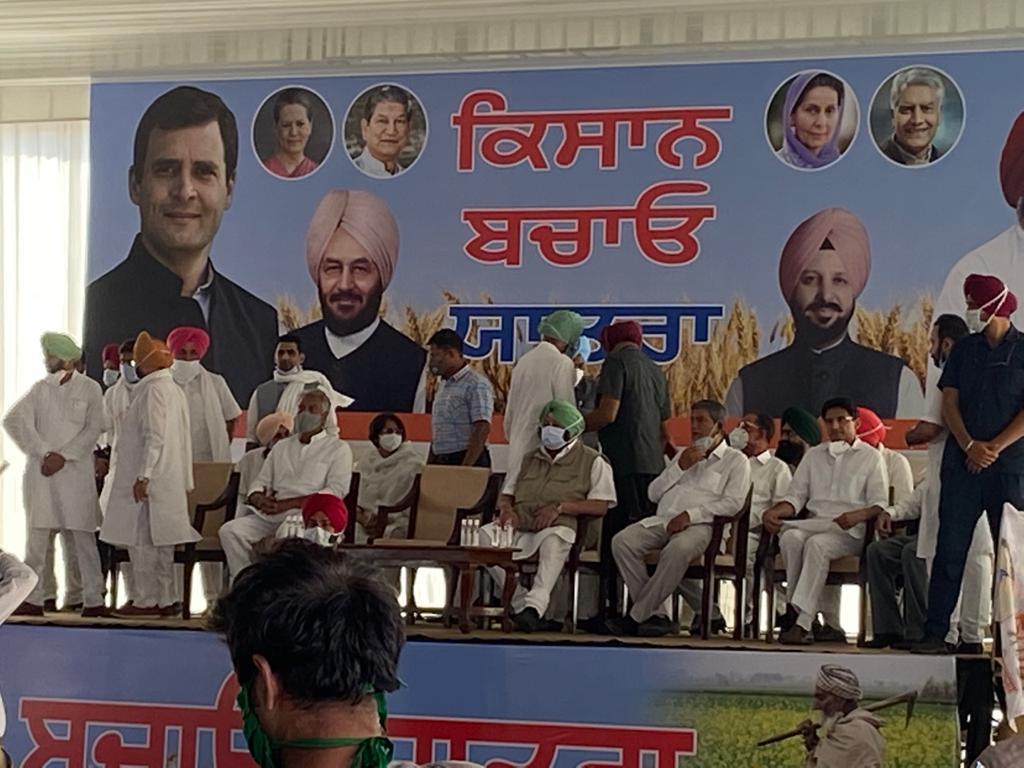 Congress leader Rahul Gandhi on Monday accused the central government under Prime Minister Narendra Modi having “cleverly” passed the controversial farm ordinances and the equally divisive labour law amedments at the time of a global pandemic.

Gandhi, who was addressing his second rally in the day at Samana in Patiala, said that the new laws were brought in “believing that none of these communities will hit the roads fearing coronavirus”.

“However I assure the Modi government that farmers are already on roads and agitating. The whole idea to mislead the nation on farm ordinances has failed,” he said, also bringing in India’s standoff with China into the speech.

“Even China is trying to take advantage of it this (coronavirus pandemic) and already the Chinese are occupying Indian land while all our prime minister is doing is just lying,” he said.

He accused the central government of making policies that benefited only the country’s rich.

“Modi government is busy to protect interests of only few individuals,” he said at a farmers’ rally organised in Samana against three controversial new farm acts.

“It forgets that the Indian economy is based on the farmers and small and marginal traders and the poor labourers,” he said in his second rally in the day. He pledged his party’s support to the farmers cause against the new controversial acts.

He said people who didn’t believe him now would likely “repent it later”.

“In two to three years (they) will face the reality as to how the BJP is out to finish the lower middle class and farming community in particular,” he said.

“Punjab took up farming to feed the nation. Neither Modi nor any party could that take away that from the state that has fed the whole country ever since the green revolution,” he said.

Amarinder, who was speaking at a farmers rally in Samana where Congress president Rahul Gandhi will address the crowd shortly, called the central government’s agriculture policies faulty and said that they posed a serious threat to the sector.

“Future of farming and farmers is facing a threat due to faulty policies. Congress understands the pain of the farmers who face losses,” he said.

He said that the new policies could also pose a serious threat to food security, especially when corporates are brought into the picture.

“The Public Distribution System which is stocked to feed the poor families in the country and ensures that the poor are fed — also faces a threat. Big companies will buy produce and will not be able to fill the PDS at subsidised rates and the loss will be of not only farmers but also the poor across the country,” he said.

“Farmer and Arhtiyas are backbone or not only state but India’s economy,” he said.

Farmers across the country, but especially Punjab, have been holding huge protests against the three controversial farm laws that Parliament passed recently.

Farmers are especially worried about the impact of the new laws on Minimum Support Price. Farmers see the new laws as a step toward doing away with the MSP. They argue that the new laws aim at weakening the APMC system, which will in turn lead to exploitation of farmers.