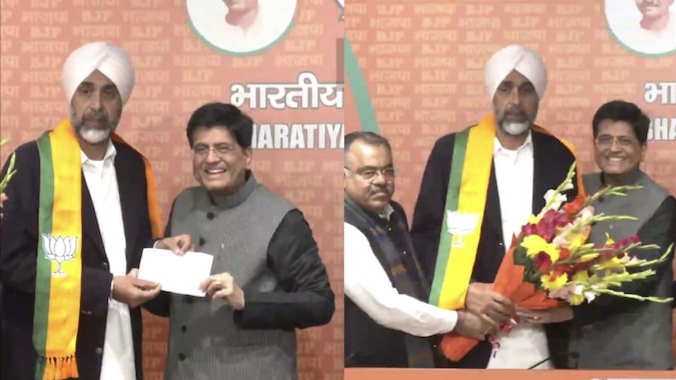 Chandigarh: Former Punjab Finance Minister Manpreet Badal has resigned from the Congress. After resigning from the Congress, Badal reached the BJP headquarters in Delhi. He later joined the saffron camp in the presence of Union minister Piyush Goyal.

In his resignation letter sent to former party president Rahul Gandhi, Badal said he was “disillusioned” with the Congress. Badal also shared his resignation on Twitter.

“I have given everything in fulfilling whatever responsibility was given to me in the party and the government. Thank you for giving me this opportunity and giving me this honor.

“Unfortunately, due to the current culture and neglected attitude within the party, I no longer want to be a part of the Indian National Congress,” he said.

“Seven years ago, I merged the People’s Party of Punjab with your party. I had taken this step with great hopes and aspirations that it would give me full opportunities to serve the people of Punjab and their interests to the best of my ability. This enthusiasm gradually diminished, leading to frustration and disillusionment.”