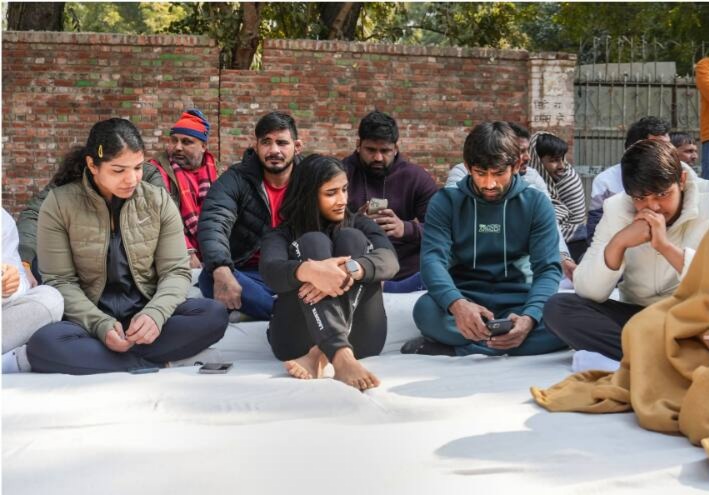 Wrestlers have accused him of sexually exploiting women players. Star wrestler Vinesh Phogat said that the sit-in will continue till the president is changed. Brij Bhushan Singh is also a BJP MP.

Olympic games winners Sakshi Malik and Bajrang Punia participated in the protest at Jantar Mantar. About two dozen wrestlers sat on a sit-in.

Olympian wrestler Bajrang Punia said that they want to save wrestling from this exploration, players are being tortured.

“Rules are made a couple of days in advance which are imposed on the players. The president of the association plays the role of coach and referee, behaves badly. Not only this, there is no help from sponsor Tata Motors, players feel helpless and action is taken against the players when they complain,” he said.