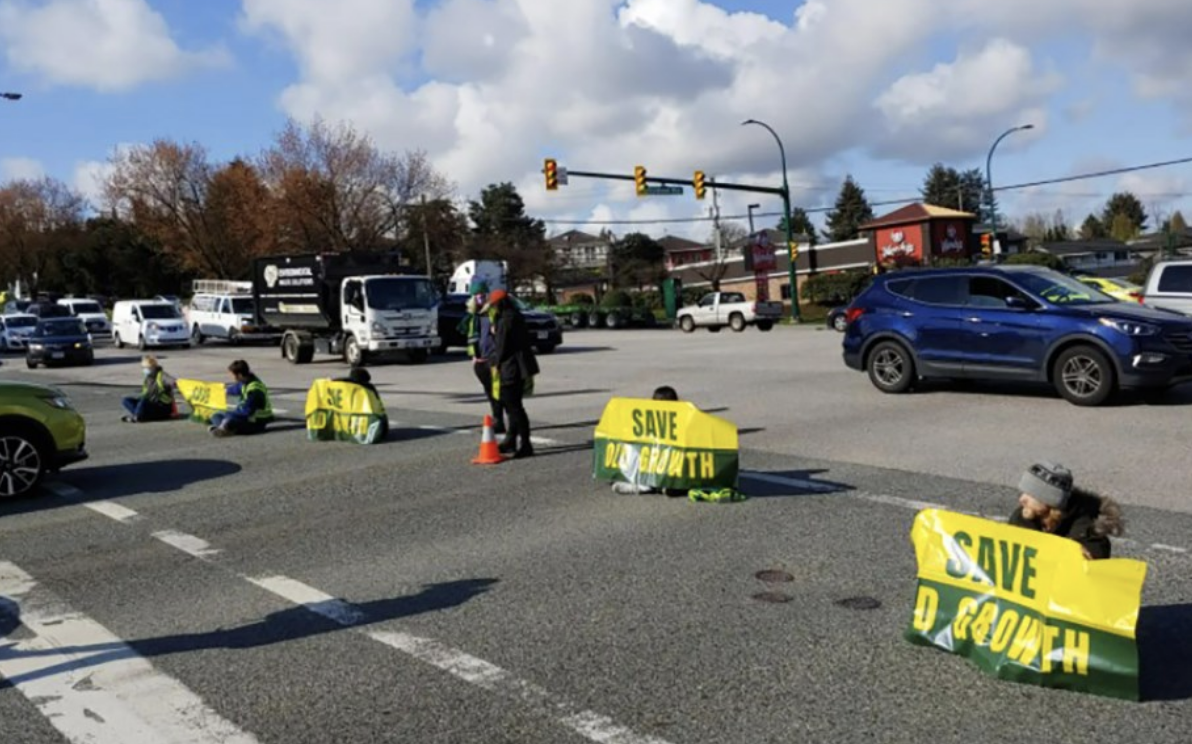 Several demonstrators left the area upon police arrival; however, one man and three women, including one who glued herself to the road, were arrested for Mischief and Intimidation by blocking or obstructing a highway.

This demonstration caused delays and public safety concerns in all directions.

Two of these individuals were in breach of conditions not to take part in this type of activity, said Corporal Mike Kalanj with the Burnaby RCMP. The investigation is ongoing.

BREAKING - Grandview Highway blocked again at the intersection of Boundary.

The government needs to act to prevent the greater disruption of the climate crisis that is coming down the line.#SaveOldGrowth pic.twitter.com/xakuIWFnRa