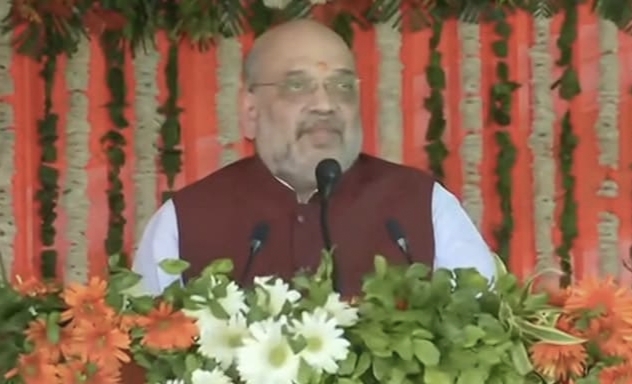 Gujjar, Bakarwal and Pahari communities in Jammu and Kashmir will get reservation: Amit Shah

Rajouri: Union Home Minister Amit Shah on Tuesday announced in Jammu and Kashmir’s Rajouri that the hill community, besides Gujjars and Bakarwals, will soon get reservation in education and jobs as Scheduled Tribes (ST).

During the rally, Amit Shah said that the commission set up by the Lieutenant Governor has sent the report in which reservation has been recommended for Gujjar, Bakarwal and Pahari communities. It will be implemented soon.

He claimed that reservation has been possible only after the removal of special status under Article 370. By removing it, minorities, Dalits, tribals, hill people will get their rights. Hindus are a religious minority in the Muslim-majority Union Territory.

“If the hill people are given ST status, it will be the first instance of a linguistic group being given reservation in India. To do this, the central government needs to amend the Reservation Act in Parliament,” Shah said.

Union Home Minister Amit Shah is on a three-day visit to Jammu and Kashmir from Monday evening. Before addressing the rally in Rajouri district of Jammu today, the Home Minister offered prayers at the Vaishno Devi Temple in Katra in the morning.

Tomorrow, he will address a rally in north Kashmir’s Baramulla district.