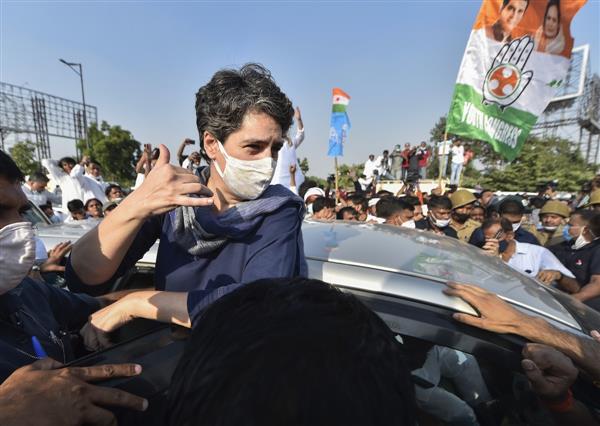 Congress general secretary Priyanka Gandhi Vadra on Thursday accused the BJP of building a narrative to defame the Hathras victim, saying she deserves justice and not slander.

She charged that a narrative is being built by the ruling party in Uttar Pradesh for holding the woman responsible for crimes committed against her.

“Creating a narrative that defames a woman’s character and holding her somehow responsible for crimes committed against her is revolting and regressive,” she said on Twitter.

“A heinous crime has been committed at Hathras, leaving a 20-year-old Dalit woman dead. Her body has been burned without the participation or consent of her family. She deserves justice not slander,” Gandhi also said.

The Congress general secretary for Uttar Pradesh also used a hashtag, accusing the BJP of being “shameless”.

The 19-year-old Dalit woman from Hathras was allegedly raped and attacked by four upper-caste men. She later succumbed to injuries at a Delhi hospital.

The incident has triggered outrage across the country after TV footage showed that the local police cremated the body at night. Her family members alleged they were not allowed to bring the body home one last time, but police claimed they had the family’s consent for the cremation.

The family is now demanding a judicial probe into the incident while the UP government has sought a CBI probe.